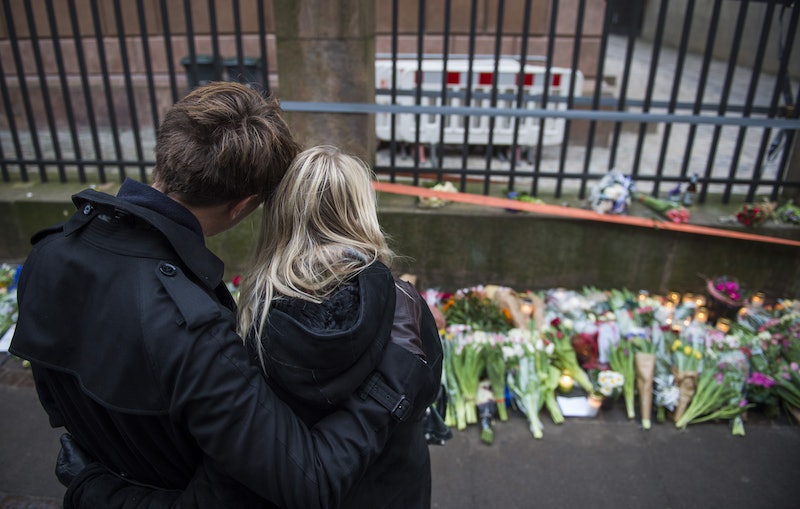 Though it's yet to be officially confirmed, Danish media is reporting that Omar Abdel Hamid El-Hussein is the gunman killed by police after two shootings in Copenhagen on Saturday. The suspected shooter is a 22-year-old with a criminal record that includes violence, weapons offenses, and an association with criminal gangs.

According to Danish tabloid Ekstra Bladet, El-Hussein was released from prison just two weeks before Saturday’s attacks. He had been serving a sentence for aggravated assault, following his arrest for a brutal stabbing that happened in November 2013.

The Guardian reports that El-Hussein was on Danish intelligence services' radar even before the attacks, and they believe that he acted alone in both incidents on Saturday. Danish authorities believe El-Hussein might have been inspired by recent terrorist attacks on French satirical newspaper Charlie Hebdo, though it remains unknown whether he traveled to either Iraq or Syria prior to Saturday’s attacks. Reuters reports that, at this point, police don’t think he received training from jihadist camps.

Since Islamist gunmen killed 17 people in Paris last month, Danish authorities, alongside most other European authorities, have been on alert for terrorist attacks. World leaders have commented on the striking similarities between Saturday’s attacks and the attacks in Paris, as assaults on free speech and the Jewish faith.

El-Hussein’s intended target is believed to have been Swedish cartoonist Lars Vilks, who has drawn controversial depictions of the Prophet Mohammed and was present at the free speech event — the scene of the first shooting.

Vilks was unharmed, but two others, as well as El-Hussein, died. Finn Norgaard, a 55-year-old documentary filmmaker, was killed at the free speech event, and Dan Uzan, a 37-year-old Jewish man was killed while guarding the synagogue where the second attack took place.

El-Hussein was shot dead on Sunday by police officers after he opened fire near a railroad station nearby the sites of the two attacks.