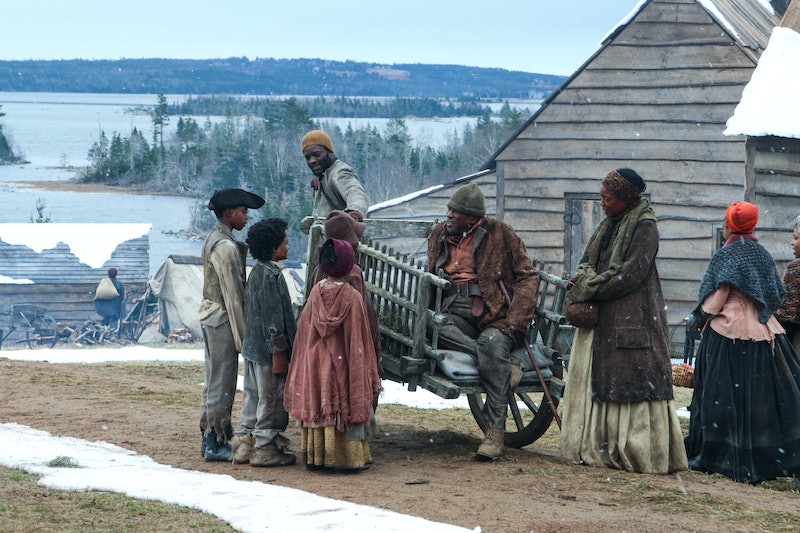 BET's new miniseries, The Book of Negroes, is attempting to shed a light on an underserved historical perspective: the lives of black slaves during the Revolutionary War. And where does the name The Book of Negroes come from? Lawrence Hill's book, of course, which takes its name from the real historical document where all of the black former slaves granted their freedom were accounted. Those listed in The Book of Negroes were granted their freedom and gained passage to Canada, a colony the British still controlled, where they could live and begin to build new lives for themselves. The book represented the ultimate sacrifice for these people, a small hope that things would be different for themselves and their families in the future.

In most TV and movies, the lives of slaves aren't usually portrayed or focused on until the Civil War era. But obviously, there were important things happening in their lives before that, and the many free black citizens of that era, whether former slaves or not, haven't gotten much attention. The subject and author of 12 Years a Slave, Solomon Northup, was a free black man, but that story took place in the mid 1800s, almost 100 years later.

We also don't hear much about Northern slaves, with more of the focus being on the horrors of the Middle Passage and Southern plantations, though slavery existed up North as well.

There isn't much to do about the lack of representation except... you know, represent these freed black slaves, which is why the adaptation of The Book of Negroes is so important. It helps tell the story of how little the white colonists, even with all of their talk about "freedom," thought about the institution of slavery and what it meant for a really significant portion of the soon-to-be American population. And it also shows how desperate the British were to curry some favor, because they were only slightly more progressive than their colonial counterparts.

The actual Book of Negroes is so unknown that the author of the book, Hill, has talked about how hard it is to sell the book with a title that uses the term "Negro" in the U.S. As a black Canadian, he feels like the word has different baggage there, even though it wasn't that well known in his country either — and it's a big part of their national history. Hill created the character of Aminata Diallo to represent the many diverse experiences of the black citizens who pledged their loyalty to the crown in hopes of adding their names to the list. Hopefully, from this series, The Book of Negroes gets its due as an important piece of American, British, and Canadian history.