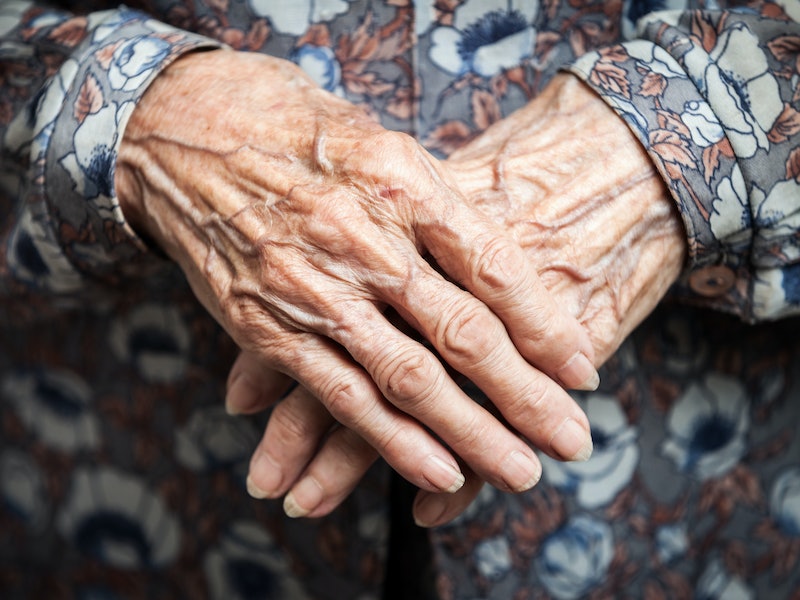 When you imagine yourself as a cool old lady 40 years from now who doesn't put up with any bullsh**, you should also think of 115-year-old Emma Morano. The Italian woman recently passed another age milestone for the few remaining supercentenarians left in the world, and is crediting her aging success to her lack of husband and raw egg diet, as reported by The New York Times. She is the oldest person in Europe, and the fifth oldest person in the world, and also, our new collective she-ro.

But the most impressive factor for Ms. Morano's staying power are her views on romance. She was unhappily married when she was much younger, and that marriage ended in 1938, following the death of an infant son. Since then, she has dated plenty of fellas, but never remarried. “I didn’t want to be dominated by anyone,” she told the NY Times.

Considering divorce didn't even become legal in Italy until 1970, the fact that she was able to put her needs first and end a relationship in which she was no longer happy says a lot about the kind of boss lady Morano has always been. She values her freedom, and she is perfectly comfortable with the life she has built since.

Ms. Morano lives alone in a two-bedroom apartment in Verbania, Italy, and has been eating three raw eggs a day (recently reduced to two) since her teenage years — when it was recommended by her doctor to eat raw eggs in an effort to battle anemia — as well as ground meat, pasta, and a banana. Her meals are prepared by her niece and caregiver Rosemarie Santoni, and she gets a monthly visit from her doctor, Carlo Bava, just to check in on her.

So instead of wallowing about your lack of Valentine's Day (or Singles Awareness Day) plans yesterday and whether or not you'll end up finding "The One," think of Emma Morano, and how her long and happy life has been centered around her romantic freedom. She is living proof that a husband is not the key to eternal happiness for everyone, and that you should find what works for you and stick with it. You might just end up being interviewed by people from all over the world on your triple-digit birthday. Oh, and maybe toss some eggs into your daily eating regimen.