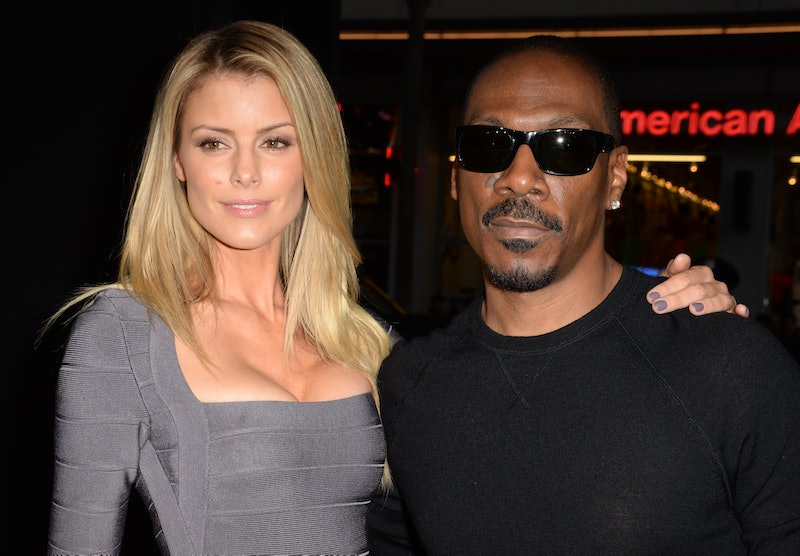 The arrival of old cast members on the SNL 40 red carpet is something we've waited for for years. Eddie Murphy, who has been away from Saturday Night Live for 32 years, returned to the SNL 40 show to celebrate the monumental anniversary, with old friends and peers, and a certain special someone. If you feel like you don't see Murphy that often on red carpets, you're not alone and you might be wondering who Murphy's date was.

Murphy's date for the night is his girlfriend, Paige Butcher, who he's been dating for almost three years. Butcher, 35, is an Australian model and has actually known Murphy since 2006. The two reportedly met in 2006 during the filming of Big Momma's House 2 , where Butcher played "background model #1." Although they met back then, Murphy and Butcher didn't start their relationship until 2012. There isn't too much out there about the two, other than a lot of photos that prove that the couple gets stalked by paparazzi during coffee runs.

In addition to modeling and acting in small roles, Butcher is a very serious humanitarian. In an interview with Vanity Fair from 2013, Butcher revealed that she is very passionate about Habitat for Humanity and refurbishing wheelchairs for charity (through Wheels for Humanity). I'm surprised she had the time to join Murphy at SNL 40!