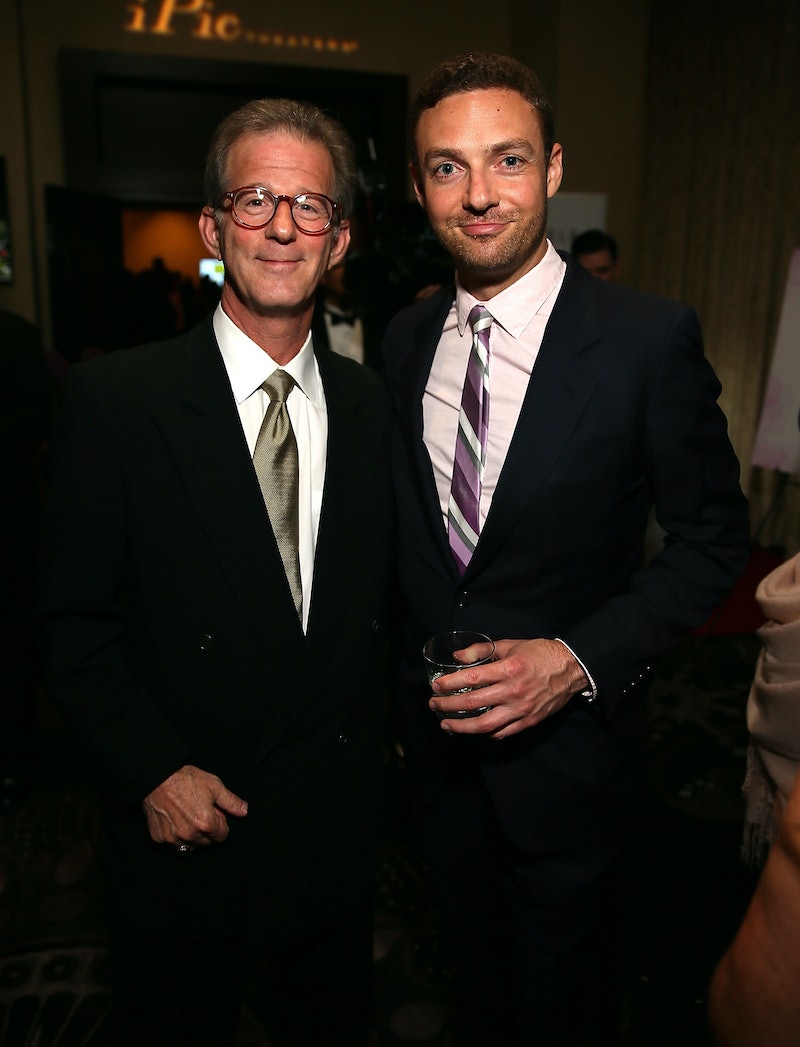 In an appearance on Talking Dead in November, The Walking Dead creator Robert Kirkman dropped a not-so-subtle hint that “a very prominent gay character from the comics” would be arriving on the show during the second half of Season 5, and it looks like he finally has. Get excited, The Walking Dead fans, because we got to officially meet Aaron at the end of this week's episode, played by actor Ross Marquand, and he's expected to stay on the show as a series regular and continue on into Season 6. What does this all mean for our rag-tag band of survivors on The Walking Dead? It sure seems that Aaron's appearance could not have come at a better point.

This week's episode, “Them,” was a slow burn. As we saw in last week’s preview, the gang isn’t doing so well on the food and water front, and they’re still miles from DC. The group is walking around like…you could say…um….zombies, and following the recent shocking, tragic deaths of Beth and Tyreese, morale has been ground further into the dirt than the worms Daryl’s been forced to start eating (note: is it bad that watching him dangle that slimy sucker into his mouth was way more disturbing to me than any walker death so far? Bleh). With no water, no McDonalds, and no shortage of dirty, sweaty close-ups, our survivors are in dire straits. Then, like a super clean, plaid-shirt-wearing angel descending from the heavens, in comes Aaron.

In the comics Aaron is a resident from the Alexandria Safe-Zone, and a major ally to Rick and the gang. Along with his partner Eric, Aaron recruits survivors to the community, and stumbles upon Rick's group as they're making their way to Washington. Given the fact that the current storyline in the show is matching up with that aspect of the comic book, it's moderately safe to assume that the Alexandria Safe-Zone isn't too far off.

Next week's episode, “The Distance,” was accompanied with this description: “After withstanding a storm, Rick and the others meet what appears to be a friendly person." The friendly person has to be Aaron, no? When it comes to the storm, however, who knows. Given the fact the preview for next week's episode had a crazy amount of action, as well as lines like "This is a trap! This is insane!” something big (whether or not it's the Alexandria Safe-Zone) is totally coming.