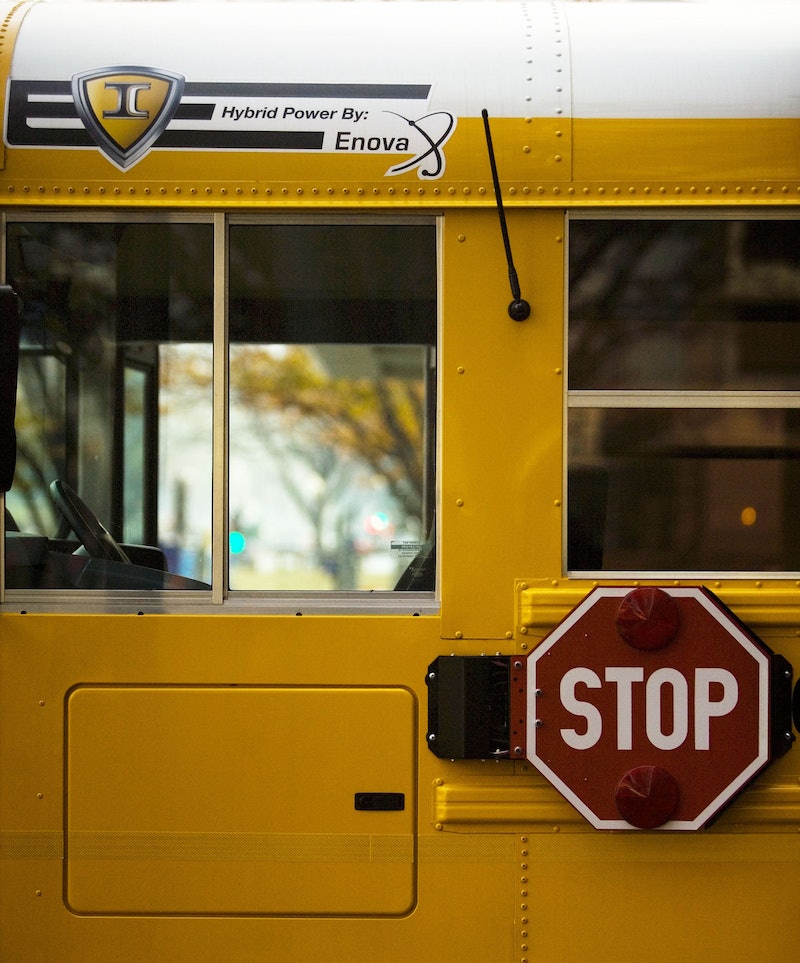 There are very few wheels on the bus going round and round in Boston this morning: About 700 bus drivers have walked off the job in what city officials are calling an "illegal work action." The strike largely came as a surprise Tuesday morning. At first, 300 members of the local school bus drivers' union, United Steelworkers of America Local 8751, had agreed not to drive prior to the start of school. Fifteen thousand students had to find back-up transport.

“Kids and parents must come first,” said Rep. Martin J. Walsh, a former longtime union official. “This is wrong. The bus drivers have put our children in harm’s way. This is an illegal action, causing a huge disruption, and I call on the bus drivers to return to work immediately. This is a violation of the contract and cannot be tolerated.”

Officials say the strike is now impacting 30,000 families in the district. Boston school bus drivers are responsible for transporting about 33,000 Boston schoolchildren each day, including both public school and parochial students. Only 30 of the 650 school buses normally on the road were in use, according to recent updates from Boston Public Schools' Twitter.

Public schools officials, who are pretty clear about where they stand on the matter, allege the protest is a response to new programs, including a real-time bus tracker so families can see where the school bus is. Others include "changes that ensure driver safety and suitability ... [and] steps to improve on-time performance."

“It is shameful for the school bus drivers union to use our children as pawns in a political game,” said City Councilor John Connolly. “This is about safety first and foremost, and it is totally unacceptable that our children were put at risk this morning, not to mention the impact on thousands of parents who will miss work. Missing even one day of school is a real problem for our children who face a daunting achievement gap.”

The union has no official comment at this time, and most drivers congregating in the union hall are currently unwilling to talk. However, some drivers are confirming the reasoning cited by officials. Fausto Derosa expressed concern over the GPS tracker, which he said he would support if it was "really" just a safety measure.

"We think it's for disciplining drivers," said Darosa. "If a driver is stopping somewhere to step out to relieve themselves, you have to question us. We can tell you that's what we're going to do, but that might not be enough. It's like we're trying to milk it or something. No, sometimes when we are on that bus for three, four, five hours at a time we have to relieve ourselves. We are human."

When they realized no one was driving the district school buses, officials sent automated phone calls that came too late for most families. However, students with a valid ID were allowed to take the city's public transport for free, and Boston police were picking students up at their bus stops in police vans and cars.

The district said students who were late or absent as a result of the strike would be excused.