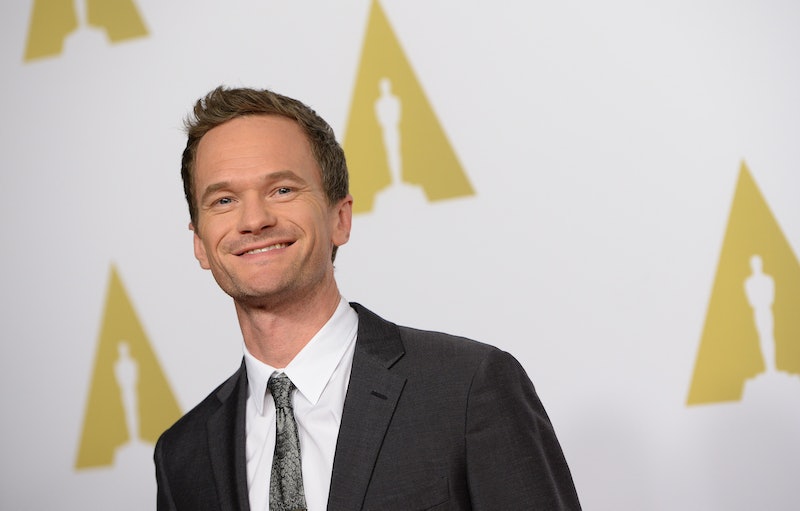 It always takes me a moment or two to remember that Neil Patrick Harris, hired to host the Oscars this year, has never actually played Academy emcee before. Harris has held the position over the Emmys (twice) and the Tonys (four times), as well as the TV Land Awards, the Spike TV Video Game Awards, the World Magic Awards, the Disney Parks Christmas Parade, SNL, Live with Kelly and Michael, and more still. But never the Oscars.

That said, we can all lay claim to a pretty good idea of what Harris’ next hosting gig might have in store: lavish musical numbers, energized immersions of the celebrity crowd, peppy banter with an in-cahoots presenter or nominee, and more lavish musical numbers. It all might sound pretty par for the course of any awards show ceremony, but Harris approaches the task with a different attitude, carting a different ambiance. In fact, he might give us the kind of Oscars we haven’t seen in years.

Ask any modern viewer to pinpoint the last great Academy Award ceremony they watched; by anyone’s guess, that viewer will have to think back a few years before landing on anything worth committing to memory — the recent era kingpin: Hugh Jackman’s 2009 opening song:

The broadcasts since, and even those immediately preceding, have lacked this impressive outing's devotion to the concept on which the Oscars and its ilk were founded: showmanship. That breed of pizzazz, chutzpah, and bombast that can only spring from the premiere celebration of America's biggest, loudest, and most time-honored art form. Showmanship is inherent to the Oscars, but we've seen it slip out of reach these past many years.

After Jackman, returning host Steve Martin double-teamed the ceremony with newcomer Alec Baldwin, rendering a docile and forgettable broadcast. Following, Anne Hathaway and James Franco took on the gig in the name of "youth culture," delivering what many consider to be the worst Oscars in recent history. Following their catastrophe, we saw Billy Crystal (subbing in last minute for Eddie Murphy, and the limited investment showed), Seth MacFarlane (whose marriage to crude humor rubbed at least half of America quite the wrong way), and Ellen DeGeneres (who hosted just last year and I can't remember a single moment of her outing aside from that infamous selfie).

But now, in Harris, we might have a saving grace. A return to the sort of vivacity that once came guaranteed from a night spent with the Oscars. The energy that coursed through Billy Crystal's four consecutive early '90s ceremonies and Whoopi Goldberg's alternating turns into the early 2000s.

It's not difficult to imagine where this brand of elaborate glee fell by the wayside: the Oscar ceremonies broadcast in March of 2002 and 2003 held the heavy weight of national tragedy and budding warfare, vowing famously to temper the glitz and glimmer as an indication of reverence to the more serious affairs facing the United States. The Academy allowed the anchors of severity to loosen over the decade to follow, but has not yet sprung back to the apex of true celebration.

Jackman's '09 opener was the closest thing we've seen, refusing to bow to the economic climate and instead playing the bit out at the expense thereof. But with Harris, we have promise of a new grab for that high branch of unadulterated joy. That's what he does — he's the sort of performer who can stay fresh even in the stale ninth year of a three-camera sitcom. Who can devote the sort of theatrical whimsy you'd usually only find on Broadway closing nights to a web miniseries. Who practices magic unironically!

We might no longer live in a world where the sort of gleeful disregard runs rampant throughout the American mindset... and we probably shouldn't! But if we're to maintain the guise that we're devoting one night a year to the notion of spectacle, then we need someone who still does live in that world: the man who graced the guests of a cruise ship with a surprise performance of Oscar night caliber.