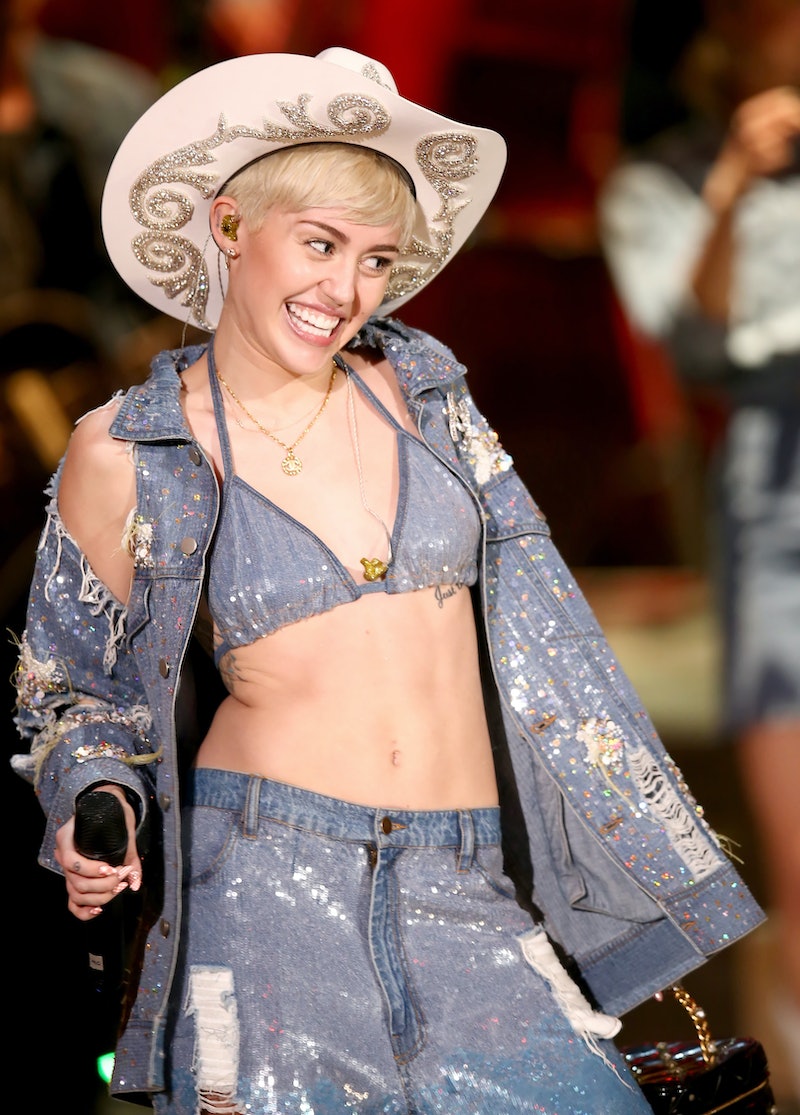 So if you didn't catch SNL 40 last night you definitely missed out. Not only were there tons of celebs (try a whole studio full of well-dressed actors, musicians, and athletes alike) but they also brought back some of the most beloved skits of all time. Aside from a few guest appearances here and there (we see you Bradley Cooper and Betty White) there were also some amazing performances. Paul McCartney sang alongside Paul Simon and Kayne West was interesting to say the least with his melody "Jesus Walks," "Only One" and "Wolves."

But one of the most surprising performances of the night came from none other than Miley Cyrus. We all know Miley is known for doing the unexpected and she did not disappoint. At first when they called her name I was like oh here we go, but after a few notes I was pleasantly surprised. For this performance, Miley put the gimmicks aside, singing a heartfelt rendition of "50 Ways to Leave Your Lover," and I have to say, whether you like her or not, you can't deny, the girl has talent -- she always has. After this performance it really got me wondering, maybe Miley is in the wrong genre. Taylor Swift made a successful transition from country to pop, maybe Miley should do the same and head back to her country roots. Here are 5 reasons Miley would make a great country music singer.

She’s Got The Country Twang Down

Unlike some country singers who fake the country accent, Miley's is natural and it gives her such a unique singing voice. Imagine the power ballads.

She Does More Than Just Sing

Most country stars are known for writing their own music and playing their own instruments and Miley is no different. She's more than her gimmicks, she's an artist.

Remember the age of the hippie child Miley? (I mean, those Backyard Sessions were amazing!) Her I don't care attitude would fit so perfectly with the relaxed Nashville lifestyle.

Back in 2008, Miley hosted the awards with her dad. This is an accomplishment not even Taylor Swift has under her belt.

It Runs In Her Blood

We all know her famous "Achy Breaky Heart" dad, Billy Ray Cyrus, but her godmother is country music legend Dolly Parton! Could Miley follow in their footsteps?