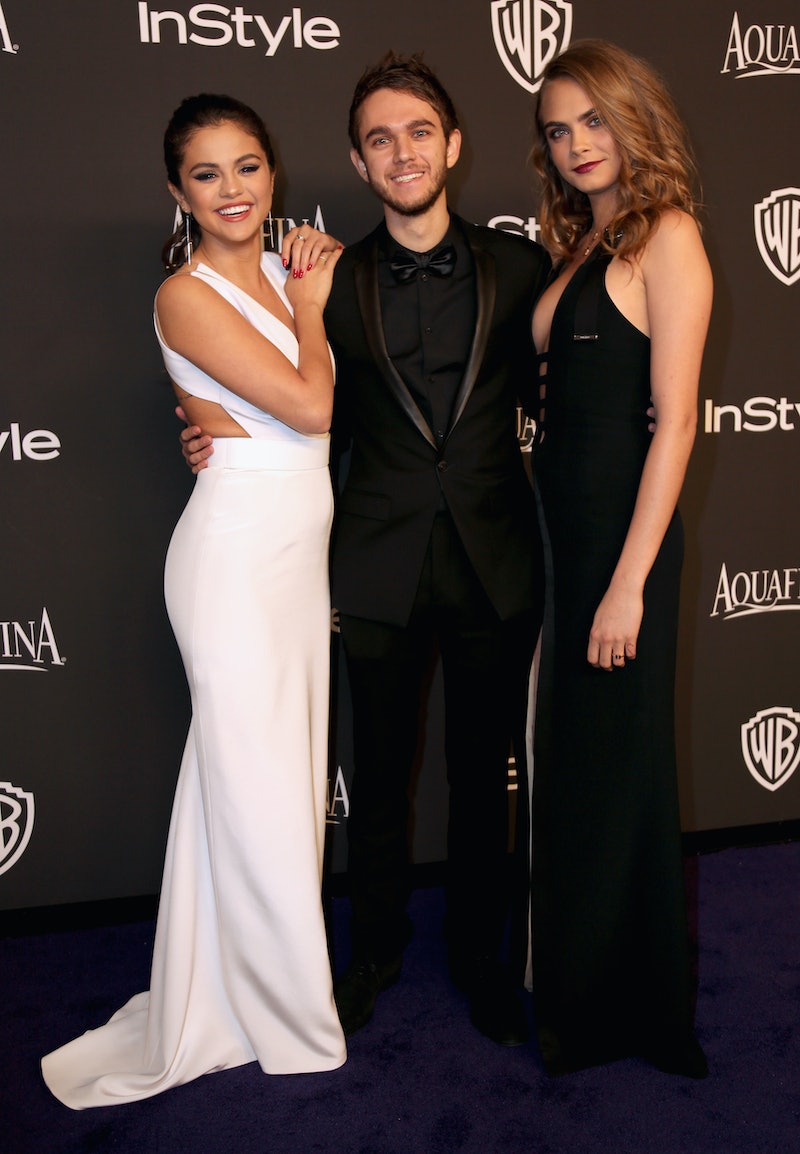 Get excited, people: We're only one week away from the premiere of Selena Gomez and Zedd's new single, "I Want You to Know." The unexpected collaboration, which is scheduled to be released on Monday, Feb. 23, was first announced at the end of January at the 2015 iHeartRadio Music Summit in Los Angeles. Since then, the two (rumored) lovebirds have been blowing up our social media feeds with adorable pictures from the music video shoot. So, what do we know about the much-anticipated track so far?

Let's get the big question out of the way first: What does "I Want You to Know" sound like? Well, I think it's safe to say that it's an EDM-influenced song. After all, Zedd is best-known for his dance music (and his electronic productions for other artists like Lady Gaga, Ariana Grande, and Justin Bieber). Gomez, on the other hand, is probably best-known for making pop music — but she dabbled in EDM on her last studio album, Stars Dance. I can't wait to hear what the pair cooked up in the studio! Next week can't come soon enough.

Here's everything else we know about "I Want You to Know":

The Single Artwork Is Seriously Cool

It looks like it could've been inspired by the eerie Scary Stories to Tell in the Dark artwork, no?

It Was Crafted With the Help of a Major Hit-Maker

OneRepublic front man Ryan Tedder told Billboard in a recent interview (above) that he worked with Zedd on "I Want You to Know." Over the years, Tedder has crafted hits for acts like Maroon 5, Adele, One Direction, Demi Lovato, Beyoncé, Taylor Swift, and many, many more.

You Can Add It to Your Cardio Playlist

During his aforementioned Billboard interview, Tedder said he had just listened to "I Want You to Know" "on repeat" during a morning run. Yes, it definitely seems like it's an up-tempo EDM track. (Tedder also said Zedd "crushed it" and Gomez "killed it." You know, no big deal.)

Erik Bradley, music director at B96 (a top 40 radio station in Chicago), didn't hold back his praise when he called "I Want You to Know" a "mega-smash" on Twitter recently. I like the sound of that!