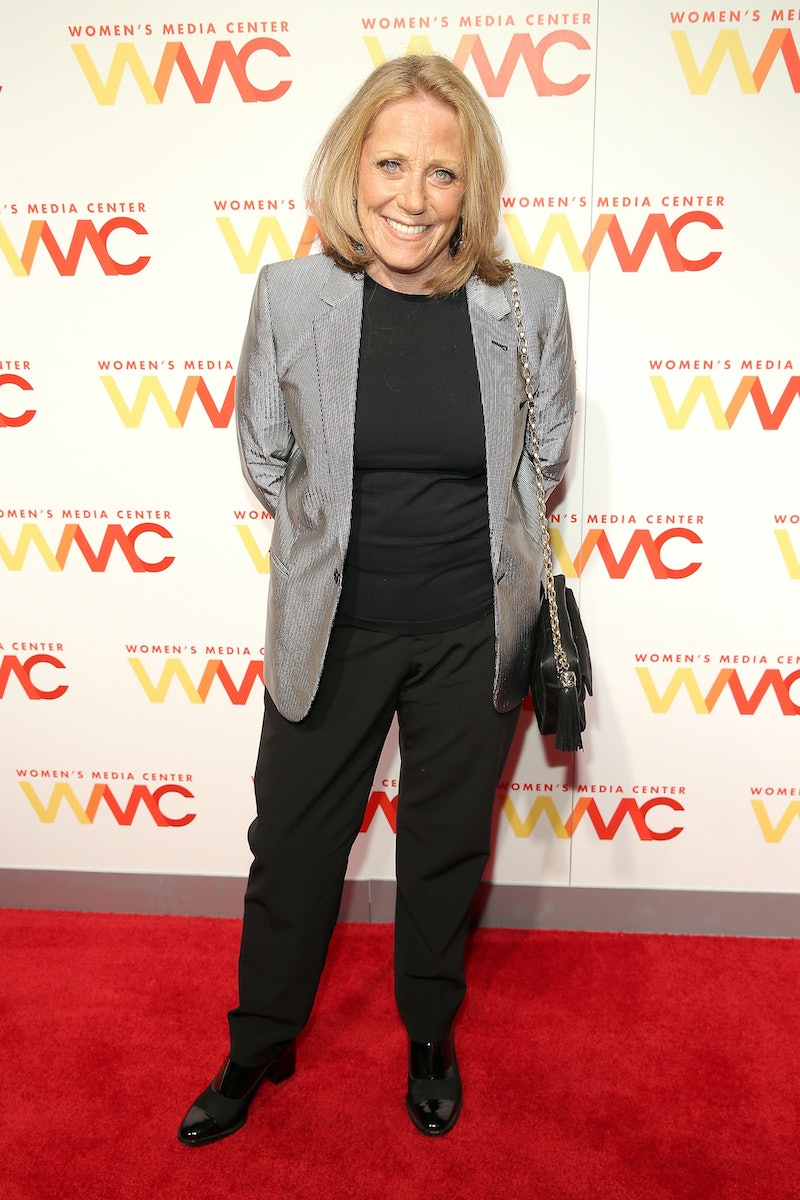 The world lost a wonderful voice too young today: According to Variety, singer Lesley Gore has died at 68 after a battle with cancer. Her music remains a treasured time capsule to the '60s while still retaining its relevance today. Lois Sasson, Gore's partner of 33 years, revealed to the Associated Press that the singer died Monday.

Gore was discovered by legendary producer Quincy Jones in the 1960s, and you've no doubt heard some of the music they made together: Their hits include the birthday classic "It's My Party" (as in "it's my party and I'll cry if I want to") and the feminist classic "You Don't Own Me." The latter was used last year in a video featuring Gore and many other celebrities including Lena Dunham and Mae Whitman promoting women's health and women's health legislation during the midterm elections. It was also rather iconically featured in First Wives Club, with Diane Keaton, Goldie Hawn, and Bette Midler singing the song during the most memorable scene of the movie. She was also nominated for an Oscar for co-writing a song from the classic Fame.

As Gore said in the midterm elections video, "I recoded 'You Don't Own Me' in 1964. It's hard for me to believe that we're till fighting for the same things we were then."

Gore will be sorely missed, but it's clear that her legacy will live on.