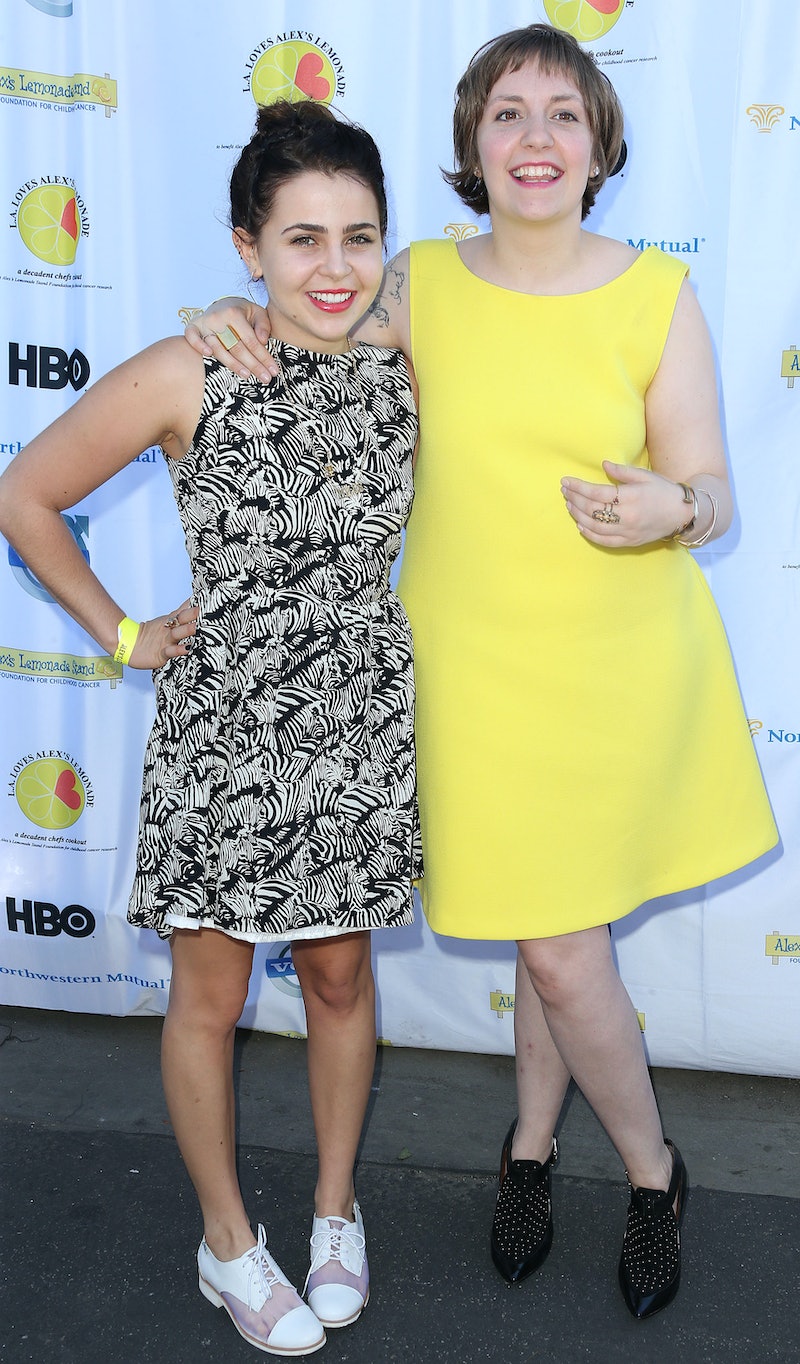 The video came out two years ago, but it's catching steam again. November means election day, which means there's a lot on the line. That also means celebrity people are speaking up, as is the case in a new lip synch video advocating for women's rights. Lena Dunham, Parenthood 's Mae Whitman, Orange Is the New Black's Natasha Lyonne, Portlandia creator and Sleater-Kinney member Carrie Brownstein, Rookie founder and Broadway star Tavi Gevinson — this thing is chock full of amazing women, and that's only a small part of the list. If you didn't see it when it first came out a few years ago, now is certainly the time to have a gander.

The song these ladies are lip-synching to is Lesley Gore's "You Don't Own Me," famous for being great and also for its co-starring role in 1996's First Wives Club. The cause they're advocating for is pretty much laid out in the song itself: The right to be in charge of your own body and your own life.

As the updated description for the video reads,

In 2013, there were more laws passed to limit women’s reproductive rights than in the entire previous DECADE.

Ten million more women than men voted in the last election. In fact 53% of voters were women. That is not a voting block it's a majority. Women have decided literally every election in our lifetimes, yet, midterm turnout is historically low. LET'S CHANGE THAT!Many of us may have access to good health care, but our experience being a woman – and our rights – shouldn’t depend on our zip code. Our sisters in Texas, Wisconsin, North Dakota, Ohio, Arkansas, and so many other states don’t have what we have. The most regressive, anti­woman, anti­voting, anti­equality laws are being passed on the state level. This is why the MIDTERMS are so important.It’s not enough to vote – we have to vote like our futures are on the line­ because they are. That means you vote, but you also talk about voting. You post about voting. You bring some pals to the polls.There is a war being waged on women's rights and we must fight back with everything we've got. Please VOTE on Nov.4th!

There's also an admirably long list of participants, and the endorsement of Gore herself. As she notes, "I recorded 'You Don't Own Me' in 1964. It's hard for me to believe, but we're still fighting for the same things we were then. Yes, ladies, we've gotta come together, get out there and vote, and protect our bodies. They're ours. Please vote."

I would be remiss if I left out the Goldie Hawn-Bette Midler-Diane Keaton rendition from First Wives.