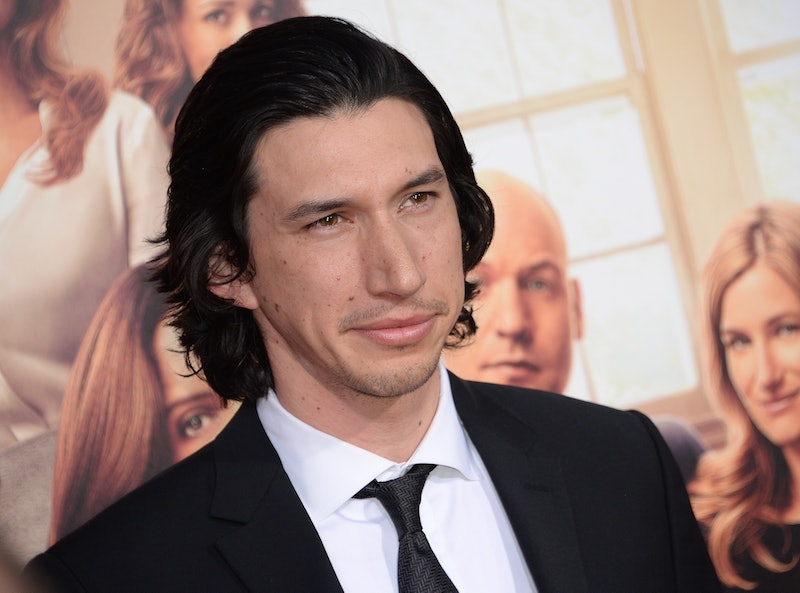 Hannah's world was rocked on Sunday's episode of Girls — after ditching the prestigious grad school program she was enrolled in and returning home to New York, the HBO heroine is shocked to find that her "boyfriend" Adam is dating someone else, and it's pretty serious. After an all-day breakdown in her old bedroom and a few crying sessions with her pals, Hannah gets what might be the best piece of advice anyone on the show has ever given her, and it came from a not-so-reliable source — Marnie. Marnie tells Hannah that it's time to let Adam go and move on, and as much as Hannah doesn't want to accept that life without Adam is a reality, she takes the advice to heart and leaves the apartment — and Adam.

But just in case you thought that actor Adam Driver was leaving Girls, not so fast. According to Lena Dunham's interview with The Daily Beast, Driver is not leaving Girls anytime soon, despite the actor's commitment to upcoming films like Star Wars: The Force Awakens... and now, the fate of Adam and Hannah's relationship. But while Driver is an excellent actor, I can't help but wonder why, exactly, his character is sticking around. Shouldn't Adam move on? And shouldn't the writers let Hannah do the same?

Maybe I'm biased because I've never been a fan of Adam as a person, or thought he was anything but terribly unhealthy for Hannah. I never really bought the idea of Adam as this unique, special flower that needed understanding, which the show seemed to try and sell us season after season. Are train wrecks fun to watch? Yes, absolutely. And the fact that Driver is so talented is the reason why watching Adam onscreen was a mostly enjoyable experience. But we've had our fill of Hannah's tragic romance with Adam, and maybe it's time to get back to the show that Season 1 sold us on — the one about, well, girls.

Romantic relationships are certainly a part of your 20s, and the show would do a disservice to ignore the main characters' love lives entirely, but sometimes the romantic drama is all we see. I want to see a world where Hannah wipes her tears and tries to move on from Adam with the support (or even semi-support) of her closest girlfriends. The friendship between the girls doesn't have to be Sisterhood of the Traveling Pants sweet — how boring and unrealistic would that be? — but I want to see the ups and downs of those relationships play out far more than I want the show to harp on the breakup process between Adam and Hannah.

Marnie said something really important in Sunday's episode, which is that the grand romance in Hannah's life didn't have to be Hannah and Adam — it could be the friendship between Hannah and Marnie. Hannah said she'll take that. So will I.