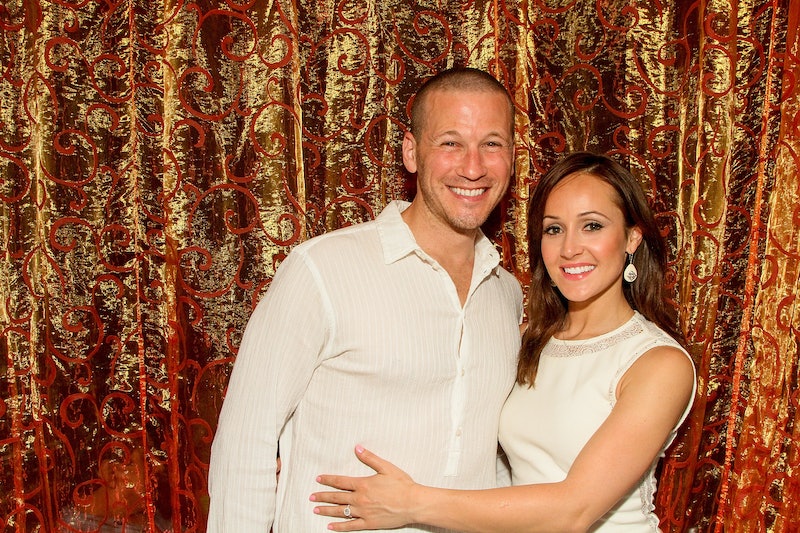 It's an understatement to say that since Ashley & JP Rosenbaum welcomed baby Fordham in September the former Bachelorette and her husband's lives have changed, but and die-hard Bachelor fans are likely hoping another change isn't so far behind — an Ashley, JP, & baby reality show would be the cutest thing and after all, they met on a reality dating show and they tied the knot in a 2012 televised event. Now that they've settled into life with Miami and baby Fordham, do they have plans to head back to the small screen? I got a chance to ask the couple myself and if they are planning on returning to reality TV, they're playing things close to the chest.

According to Ashley, the pair has been approached more than once with the opportunity, but have declined for a number of reasons.

"Never say never, but probably not," JP said. "We’re going to focus on our careers and the baby. Anything that would take time away from those just wouldn’t do, but who knows what happens."

So fans may not get their fill of the Rosenbaums in weekly installments anytime soon, but they can catch up with the couple on social media where they freely share photos from their life, including a ton of ridiculously cute pics of their little bundle of joy.

"We pick and choose our moments," Ashley said. "I wouldn’t say we’re private people, but we feel comfortable sharing. I’m crazy about it, and I think it’ll slow down when the novelty wears off, but we’re just not there yet."

And like any good pair of parents, the pair is just as quick to gush about Fordham IRL as they are on their Instagram accounts.

Just as constantly Instagramming photos of Fordham has become a part of their life as new parents, so has their vigilance in staying germ free.

"We’ve gotten super super sensitive to keeping our baby healthy and I’m a crazy germaphobe, so our partnership with Puffs couldn't be better," Ashley said.

Apparently, the anti-germ thing has become an obsession of Ashley's."She is crazier than she’s ever been," JP was quick to offer. "On this flight to New York, she wiped down all three seats in our row; it has gone to another level since Fordham arrived."

Luckily for Ashley, she's got a partner in crime with JP when it comes to keeping Fordham clean -- especially where diapers are concerned.