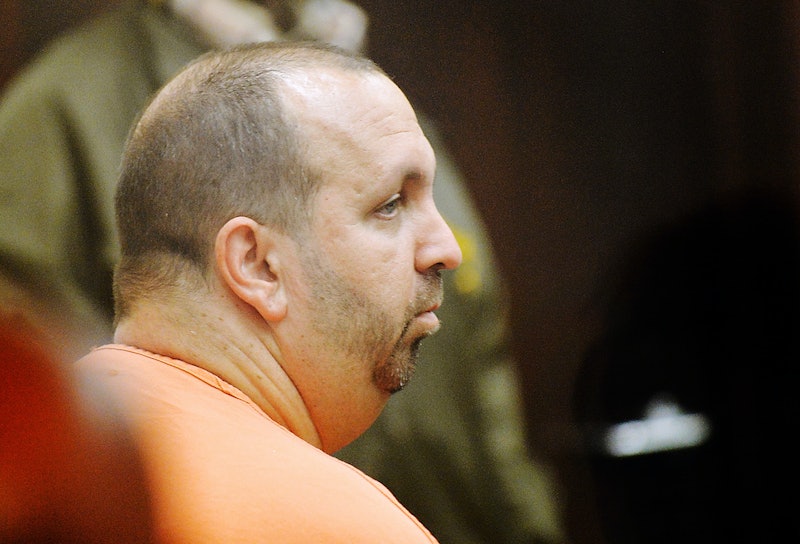 The latest movement in the case against suspected Chapel Hill shooter Craig Hicks came on Monday, when a grand jury in North Carolina indicted him on three separate counts of first-degree murder. After entering the home of Deah Shaddy Barakat, 23, his wife, Yusor Abu-Salha, 21, and her sister, Razan Abu-Salha, 19, on Feb. 10, Hicks allegedly opened fire, shooting all three victims in the head. Prior to the incident, Hicks' Facebook page, which his estranged daughter, 20-year-old Sarah Hurley, had verified did indeed belong to him, had been littered with generally anti-theistic posts and even one photo of a pistol, holster, and speedloader.

Although the indictments are a big step forward, they don't go far enough — at least not in the eyes of the victims' family and many others who believe that Hicks should have been charged with a hate crime. And while the FBI announced on Thursday last week that it was launching a preliminary inquiry into the matter, local authorities have said that the shooting occurred solely in relation to "an ongoing neighbor dispute over parking," though they haven't ruled out the possibility of other motives. According to neighbors, Hicks had made several complaints in recent days about other tenants in the Finley Forest condo complex (where both Hicks and Barakat and his wife Abu-Salha lived) taking his reserved parking space, prompting at least one tow-truck company to stop responding to his phone calls, reported The Charlotte Observer.

It's a tricky case: considering the fact that all three victims were Muslim, and Hicks was openly anti-religious, it should have been a slam-dunk for the prosecution to bring charges against the alleged shooter — but according to one law professor at the University of North Carolina, it's a lot more complicated than that. On Saturday, Joseph Kennedy told CBS reporters that, in order to charge Hicks with a hate crime, prosecutors would have to prove exactly what he was thinking at the time of the alleged shooting:

It's always hard to get into someone's head. It's always hard to prove motive. ... It's not enough if it's one of the reasons. It has to be the main reason why they committed the crime. You can't prosecute someone for a hate crime simply because of past hate speech or even because of membership in a hate group.

Whether or not Hicks' lawyer, whom the court has yet to assign, will have to fend off charges of a hate-crime, it's reasonably likely that the prosecution could pursue the death penalty, which is an option in the state of North Carolina.

As of yet, authorities have not discovered direct evidence that Hicks acted out of hatred for Islam. The fact that Hicks's public Facebook page declares his belief in the rights of the individual, even for those with whom he strongly disagrees, doesn't exactly help police either. But the daunting task of proving a hate crime isn't stopping the victims' family members from speaking out. In a comment to The News & Observer, Yusor and Razan Abu-Salha's father, Dr. Mohammad Abu-Salha, defended:

This was not a dispute over a parking space; this was a hate crime. This man had picked on my daughter and her husband a couple of times before, and he talked with them with his gun in his belt. And they were uncomfortable with him, but they did not know he would go this far.