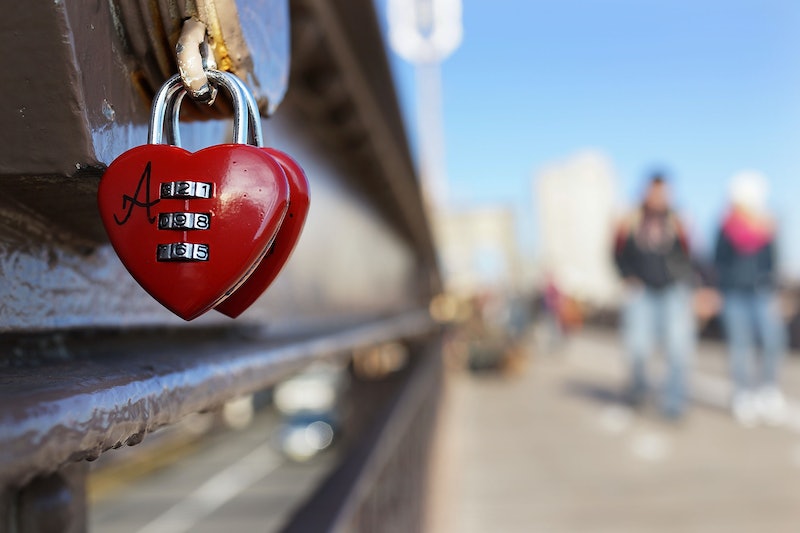 Valentine's Day has come and gone, thankfully, leaving the anti-capitalistic, aromantic among us in peace, following weeks of stores trying to exploit the over-commercialized holiday by tricking you into paying for overpriced gifts and exorbitant dinners as you feed into an idea that in reality is just "romance" carefully crafted by corporations to bleed you dry. (Phew. Sorry for the rant.) Although Feb. 14 is clearly not my favorite day, it does have one very unlikely fan in none other than the National Security Agency. That's right — the NSA's sinister Valentine's Day tweets prove that the spy organization does have a heart of some sort, even if it's buried beneath layers of sheer creepiness.

Published at around 9:30 a.m. — breakfast in bed, darling? — its first tweet wished followers a Happy Valentine's Day, followed by:

Um, OK. But bearing in mind that this is the agency notorious for its lack of boundaries, what with the revelation that its analysts abused surveillance data to spy on their partners, maybe it was a weak attempt at a self-deprecating joke. Later, the NSA sent out another tweet — more menacing, but the creepiness seems an inevitable part of its character at this point — that read:

Every move they make, every step they take. We’ll be watching our foreign adversaries. #HappyValentinesDay from the #NSA.

These tweets aren't just a terrible attempt at capitalizing on the obligatory celebration of romance, they're also straight up weird. The tweet about learning about my privacy rights? Baby, you've already knowingly violated the privacy rights of many American citizens, only admitting to it after The Washington Post published scathing details from an internal agency audit and other top-secret NSA documents.

Perhaps the Valentine's Day tweets were the workings of a social media editor gone rogue or something, because I personally cannot fathom what went on in the minds of those behind these less-than-reassuring tweets. Reuters reporter Mari Saito succinctly summed up our collective discomfort at the NSA's shot at romancing the American public, tweeting:

But, hey, A+ for succeeding in creeping the bejesus out of all of us, NSA.