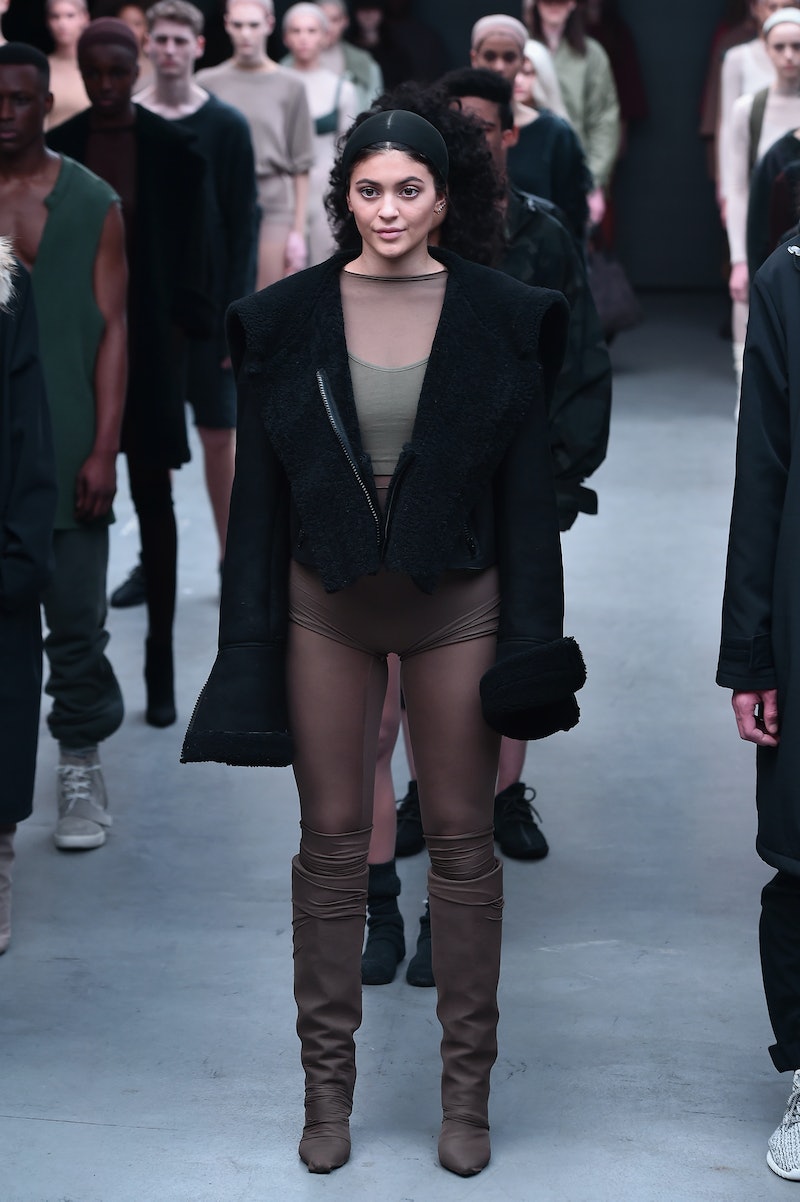 Kylie Jenner has covered Cosmopolitan. She walked in her brother-in-law Kanye West's Adidas runway show at NYFW, amid rumors that her sister Kendall was the preferred choice. She has modeled her own offerings for the Kendall x Kylie line for PacSun. She was also a child model for a Sears campaign. But, like, is Kylie Jenner an actual model?

Well, that's a tricky question and the answer is... kinda. Her Instagram feed is filled with selfies and pictures of her outfits, which provide endless inspo and influence. So she can be considered that kind of a model.

As far as having a modeling career goes, Kylie isn't on the same track as big sister Kendall, who hobknobs with Cara Delevingne and other members of the catwalk elite. She is not grabbing endorsements or campaigns left and right, with huge brands like Marc Jacobs or Estee Lauder, as her big sister has.

You can't overlook is the fact that she is just 17 and is still completing her education. Jenner has plenty of time to go out, get a job, and be "the next big thing" in the runway walking world, just like Kendall did... if that's even what she wants. In the past, Kylie's mentioned wanting to act one day, and with her makeup-apply skills she could always go into pro cosmetology.

I have a sneaking suspicion that Jenner will strut her stuff in ways that we've never seen before if she does become a model. She has that sort of sass and, while she's certainly still thin, has a lot more curves than your typical runway babe. Plus, her runway appearance at NYFW was pretty memorable.

So while Kylie Jenner is not an official model repped by Ford or Elite or Wilhelmina, she certainly has proven she has the chops, the looks, the pout, and the pose.