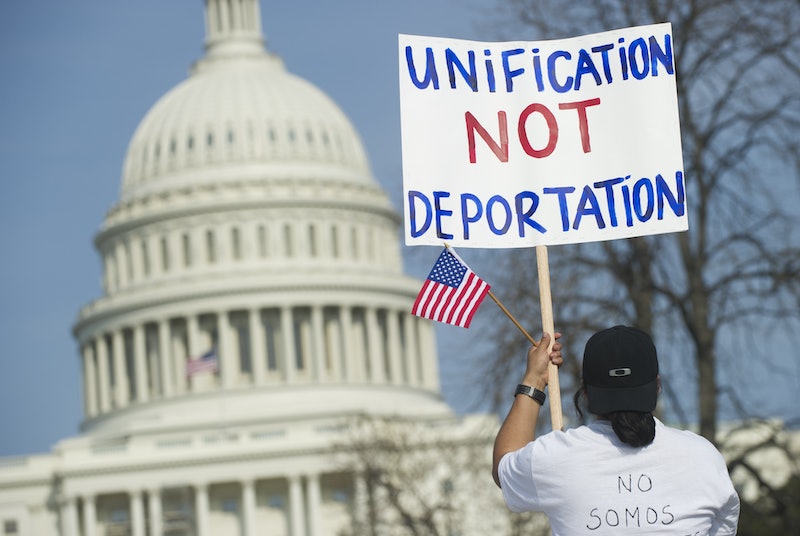 On Monday night, a federal judge in Texas blocked President Obama's immigration reform policy from being implemented just two days before a key provision was supposed to take effect. The preliminary injunction temporarily halts Obama's now-infamous immigration reform, including the deferred deportation of millions of undocumented immigrants under the president's newly created Deferred Action for Parents of Americans and Lawful Permanent Residents program. Many conservatives saw the program has a way to grant amnesty to people who came to the United States illegally.

The lawsuit was filed in December by Texas Gov. Greg Abbott on behalf of Texas and 25 other states. Abbott, a Republican, has been an outspoken critic of Obama's immigration policy, which could help at least five million undocumented immigrants stay in the United States legally and apply for certain benefits, such as a driver's license. According to court documents, Texas alone has an estimated 1.6 million undocumented immigrants, and officials believe around 500,000 of those illegal residents would be covered under the deferred deportation program.

In his 123-page ruling on Monday, Judge Andrew S. Hanen of the Federal District Court in Brownsville, Texas, said that Obama's immigration reform doesn't necessarily take into account the interests of the states:

While States are obviously concerned about national security, they are also concerned about their own resources being drained by the constant influx of illegal immigrants into their respective territories, and that this continuous flow of illegal immigration has led and will lead to serious domestic security issues directly affecting their citizenry. ... Regardless of the reasons behind the actions or inactions of the Executive and Legislative Branches of the federal government, the result is that many states ultimately bear the brunt of illegal immigration.

Although Hanen didn't rule that Obama's executive order on immigration was unconstitutional, the judge said it couldn't be implemented until certain legal questions were answered. "Once these [immigration] services are provided there will be no effective way of putting the toothpaste back in the tube should the plaintiffs ultimately prevail," Hanen wrote.

Gov. Abbott praised the ruling in a statement critical of the president:

President Obama abdicated his responsibility to uphold the United States Constitution when he attempted to circumvent the laws passed by Congress via executive fiat, and Judge Hanen's decision rightly stops the president's overreach in its tracks. We live in a nation governed by a system of checks and balances, and the President's attempt to by-pass the will of the American people was successfully checked today.

Meanwhile, the White House blasted the ruling, standing by the president's immigration policies and reiterating that the Supreme Court has ruled that the federal government "can set priorities in enforcing" immigration, "which is exactly what the President did when he announced commonsense policies to help fix our broken immigration system," White House press secretary Josh Earnest said in a statement.Earnest added that the Justice Department will appeal the decision. "Top law enforcement officials ... have emphasized that these policies will also benefit the economy and help keep communities safe," the White House said.Images: Getty Images