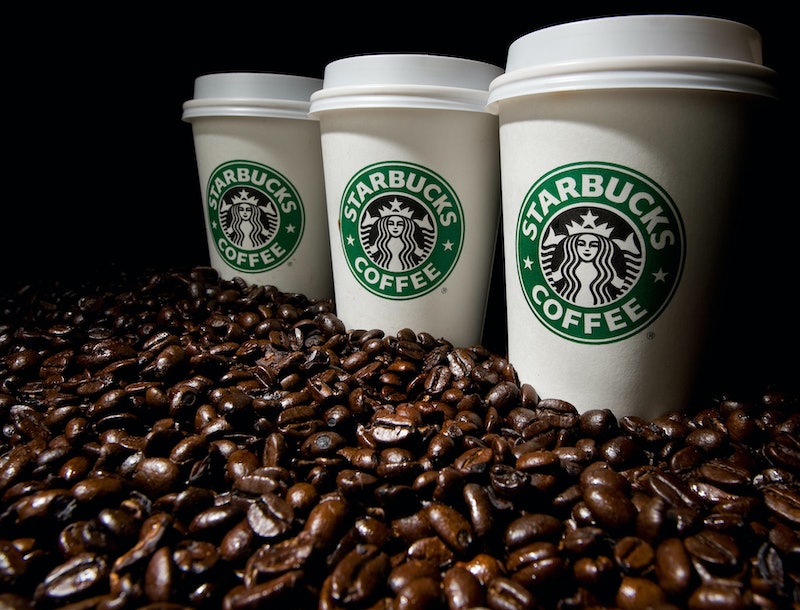 Coffee-drinking Americans all seem to be fiercely loyal when it comes to their brand of choice — but what happens when you have a group of coffee enthusiasts participate in a blind taste test of fast food coffee? Will they still be able to identify their “favorite?” Or are all fast food coffees more or less created equal? BuzzFeed recently took it upon themselves to find out — so in the name of science, they gathered six java lovers together, gave them a whole bunch of coffee from a selection of different chains, and filmed the results. Here's what happened.

For the purposes of this experiment, the beverages in question came from Starbucks, McDonald's, 7-Eleven, Dunkin' Donuts, Burger King, and Panera; each coffee was consumed black, so as to allow each participant to fully experience the coffee itself (as opposed to with cream, sugar, or other assorted add-ins which might mask the actual flavor). Unfortunately I don't know whether palate cleansers were made available to the participants between taste tests — but then again, none of them were coffee experts or professional taste testers, so it's possible it wouldn't have made much of a difference either way.

I can't exactly say I'm surprised by the results… but they're still pretty interesting (and funny, because nothing is more hilarious than watching someone gag over a drink they'd previously said they adored). How did they all stack up? Maybe you'd better just see for yourself. Here are four of my favorite responses; scroll down to watch the whole video.

Not one, but two self-proclaimed Dunkin' fanatics flat-out hated their beloved java of choice. when they didn't know what it was. The guy here, with that magnificently put-off facial expression? He's saying, “That... is water." The other DD fan not pictured here called it “the worst” and said it must be 7-Eleven coffee. Um… sorry, guys. You just threw your bae under the bus.

I honestly can't remember the last time I had Burger King coffee, but you know what? Apparently it's not so bad. These two both said they liked it; others described it as “sweeter” with “notes of vanilla.” The third pair of taste testers, though, said it still tasted watery — but at least this time, they also added “woodsy” to their description. Does anyone else kind of feel like we're talking about perfumes instead of coffee right now?

The 'Bux appears to be the most easily identifiable coffee of the bunch; the gal on the right here put it back down without even sipping it, saying, “Easy — Starbucks. I don't like Starbucks.” One group described it as “the whiskey of coffee,” presumably for its pungency. Whether that's a good thing or a bad thing depends entirely on your own personal tastes.

McDonald's seems serviceable, although the fella on the right with the amazing hair had only this to say about it: “How do you describe something so utterly boring?” Hilariously, one of the Dunkin' “fans” — who, you might recall, hated it when they tasted it blind — thought this one was actually DD. Sorry to disappoint you, DD lovers, but I'd say Mickey D's scored on that one.

Watch the full video below. Could you pick your favorite fast food coffee out of the crowd?