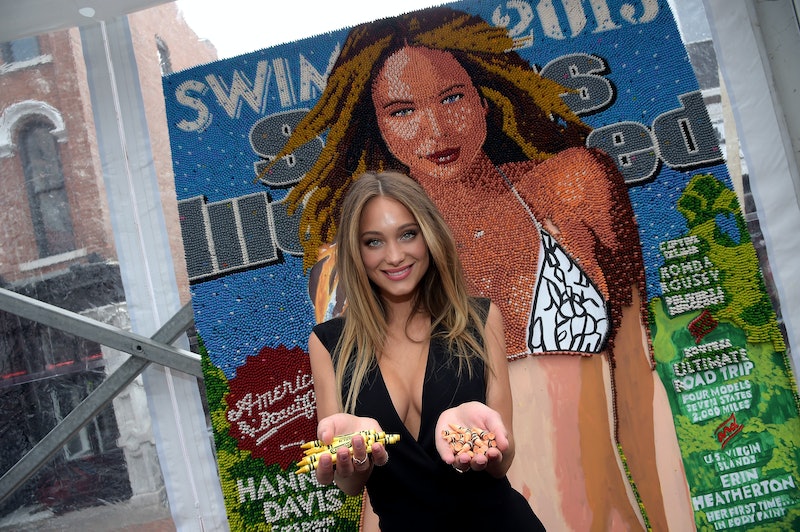 It might be easy for some of us women to shake our heads in disgust at the Sports Illustrated Swimsuit Edition. For some, that may be a reaction to a sense of misplaced jealousy or comparison of ourselves with the almost-naked models inside of the magazine. For others it might be just because, like John Oliver, we're wondering how this is still a thing? I think that as women, we like to assume that fratty bros are the only ones buying the swimsuit issue. How could we contribute to the sales of something so... well, creepy? But, for better or for worse, women love the swimsuit edition too. Don't believe me? Simply look at the skyrocketing sales of bikini designer Tim Gorgol, whose swimsuit was featured on the cover.

Gorgol's company, IndieSoul, is based out of Miami (aka, bikini mecca) and was only founded in 2013. According to Gorgol, the cover came as a complete surprise to him, but has made a world of difference for his business. Not only did he tell Fashionista that he's getting more attention in the wholesale realm, but he also said that he's had over 100 pre-orders of the cover bikini. It's no huge surprise that whoever's design lands the cover of the annual swimsuit edition of SI is going to get some extra attention, but I think these statistics also reveal a larger trend.

Women are reading the swimsuit issue. Whether we want to admit it or not, and despite the fact that some of us may shake our heads at the concept, out of those hundreds of thousands of issues sold, women are buying at least some of them. And what's more? They're seeking out the swimsuits featured inside.

Of course, there are two sides to this. On the one hand, it goes without saying that women should be able to enjoy the issue as much as any man would — after all, the female models featured are probably thrilled to be featured. If that's the case, then can we really label it as anti-feminist or objectifying? I'm not so sure.

But on the other hand, is it really such good news that we're all paging through a magazine of half-naked models and shopping the same things the not-so-average ladies are wearing? Is this even any different than fashion magazines we all read every day? Maybe this is a weird, bikini-clad version of the chicken and the egg argument, but the fact of the matter is that when it comes to female readership, the swimsuit issue and the arguments for or against it are far, far more complicated that you may initially guess.