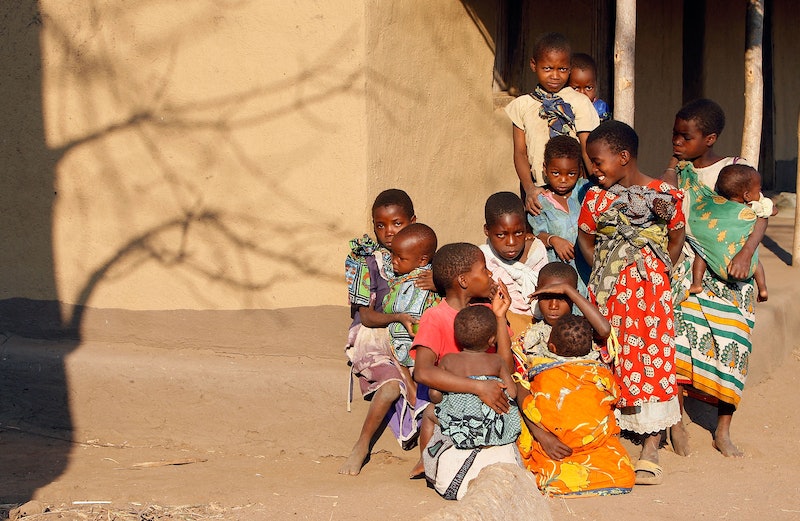 The country with one of the highest rates of child marriages in the world gave rights activists and young girls a reason to celebrate. Malawi has banned child marriage, making 18 its minimum age for wedlock from the previous limit of 16 years. Malawi's parliament voted unanimously last Thursday to pass the Marriage, Divorce and Family Relations Bill, which President Peter Mutharika is expected to sign into law within the next three weeks.

Jessie Kabwila, a parliament member who advocated the bill, told Reuters in a phone interview:

This law is extremely crucial because child marriage is a big, big problem in our country. The country will for the first time clearly articulate that we are saying "No" to child marriage.

Malawi has had a horrendous record of child marriages. According to a United Nations Population Fund (UNFPA) report, a staggering 50 percent of Malawian women enter into a marriage or union by the age of 18 during the period of 2000 to 2011, the eighth highest number in the world. Though child marriage is deeply entrenched in its society, human rights activists have campaigned to protect children from being forced into wedlock, and the Marriage, Divorce and Family Relations Bill is a monumental step in the country's efforts to tackle the issue of child brides.

A Human Rights Watch report published last year detailed the many reasons for the high rate of child marriages in Malawi — chief among which were poverty, teenage pregnancy and a lack of quality education. The report also noted the impact that a vastly premature-marriage has on child brides:

Child marriage has a negative impact on girl’s and women’s realization of key human rights, including their rights to health, education, to be free from physical, mental, and sexual violence, and to marry only when they are able and willing to give their free and full consent. The younger the age of marriage the more serious these impacts are.

Though the bill was welcome with open arms, the question of whether or not the age limit on marriages will or can be enforced is up in the air — though the previous minimum age for wedlock was 16 (or 15, with parental consent), many girls were married off at a much younger age, according to the HRW report — but the legislation's passage indicates, at the very least, a proactive intention to curb the prevalence of child marriages.

Speaking to Reuters, Kabwila highlighted of the importance of protecting girls from being forced into wedlock at too young an age:

We cannot talk about development if we have child marriage. Women's empowerment is a crucial player in development and women cannot be empowered if they are not educated.