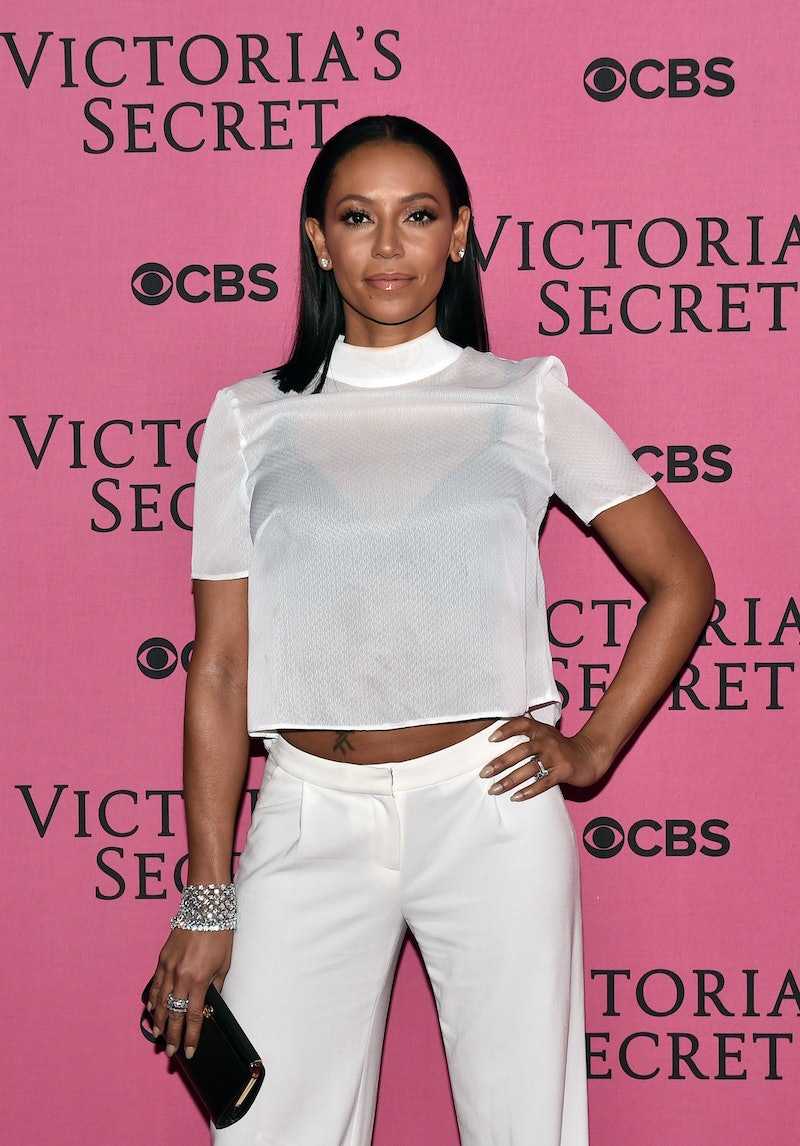 Is she or isn't she? For those wondering if former Spice Girl Melanie Brown is a feminist, she's letting the world know. According to the singer and X Factor judge who spoke with the London Times, Mel B says she's not a feminist. Before other feminists start showing their disappointment in Brown, let's hear her out, because she's still all about supporting and empowering women. Brown said,

I wouldn't call myself a feminist. I try to live by the girl-power motto. It's about believing in yourself, no matter how bad a day you're having, and lending your support to other women. It's empowering to have that camaraderie with other women.

See? It's not all bad. She doesn't seem to be bashing the term or idea, but still some might be confused about Brown not defining herself as a feminist, because her response kind of makes it sound like she is. Now, I'm not sure if she doesn't understand the definition of feminism, which according to Jennifer Aniston's simple and perfect definition is "simply believing in equality between men and women," or if she is choosing to look at it in an entirely new way. Whatever the case, at least Brown didn't shed a negative light on feminism and those who believe in it.

Whether Brown is or isn't a feminist, I don't think we should dissect it too much, especially since she's always been refreshingly real and inspiring. Remember that time she opened up about dating women? Yeah, her honesty is something to be admired. Some might find issue with the fact that she doesn't define herself as a "feminist," but maybe Brown just doesn't believe in labels or doesn't feel like she embodies all there is that comes with feminism.

Don't get me wrong, I consider myself a feminist and admire when others say the same, but if Brown isn't belittling the term or others who define themselves as feminists, I'm fine with it. As long as she continues to be honest, support women, and empower females, then that's all that matters to me.