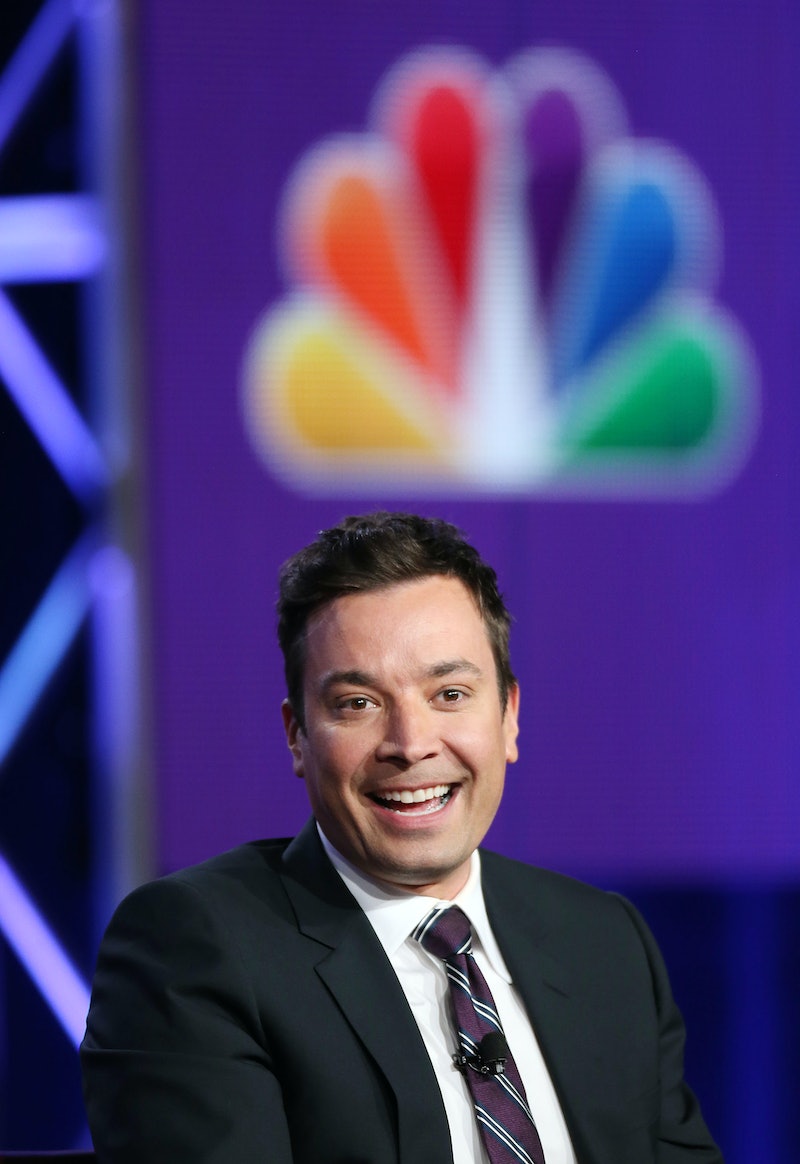 We know he's hilarious. We know he's one of the top late night hosts. We know he makes cute babies. Speaking of his children, Jimmy Fallon shared a photo of his baby girl, Franny, and it's going to get people talking. On Tuesday, Fallon posted an image of his daughter Frances Cole on Instagram and as you can see below, she looks somewhat caught off guard by her dad taking her photo. Isn't it hilarious and super cute?

The photo also made me realize that Franny didn't just inherit her father's adorableness, but she also shares a special bond with him: they both have the gift of delivering hilarious facial expressions. Fallon fans know how good he is at comedy, singing, skits, impressions, among many other talents, so it really shouldn't come as a surprise that the late night host handed down his facial expression talent to his second daughter.

If you don't believe it based on just this one photo, let me show you Fallon and Franny's facial expression bond. Here are a few times we've seen Fallon surprised and shocked just like his daughter. If this doesn't convince you that they both are geniuses and can make you laugh with just an expression and no words, then I don't know what will.

Anyone else see the Franny resemblance?

That Time Jimmy Was Shocked

That Time Winnie Was Shocked Too

How can I leave out Fallon's first daughter and Franny's sister?

Yeah, they're all definitely related.