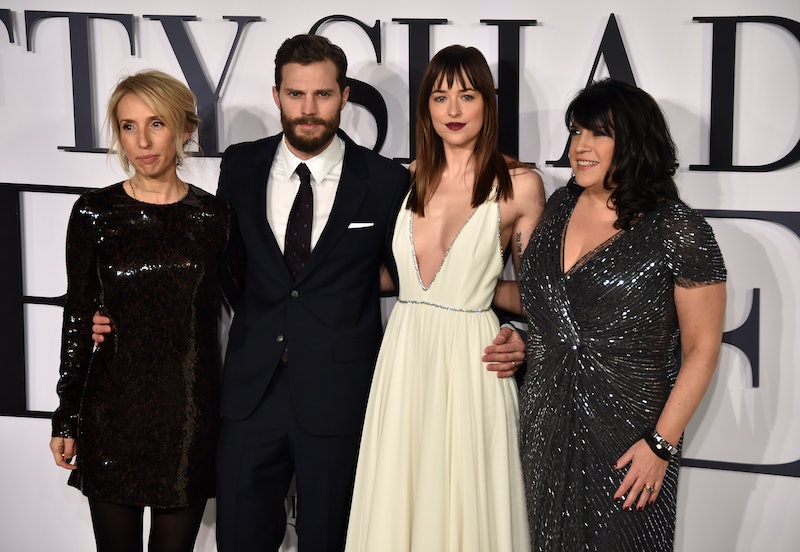 On its opening weekend, E.L. James' fan fic turned-novel series-turned-worldwide phenomenon turned Hollywood movie Fifty Shades of Grey raked in 81.7 million dollars at the box office. There were millions of curious audience members who turned to Jamie Dornan and Dakota Johnson to help heat up their winter blues...or just get their engines revving. Whatever the reason people flocked to the theaters for Fifty Shades this weekend, it helped solidify the film as a bonafide blockbuster. With two more installments to go, Fifty Shades of Grey just might be the sexiest franchise to hit the big screen. As successful as the first film has already proven to be, the director Sam Taylor-Johnson might not return to the project.

UK tabloid The Sun has reported that Johnson is refusing to return to the project due to disputes with the author E.L. James. As Jezebel noted, the director has commented in the past about her difficult working relationship with James and the tense environment it created on set. In an interview with Porter Magazine, Johnson commented:

It was difficult, I'm not going to lie...We definitely fought, but they were creative fights and we would resolve them. We would have proper on-set barneys, and I'm not confrontational, but it was about finding a way between the two of us, satisfying her vision of what she'd written as well as my need to visualize this person on screen, but, you know, we got there.

It doesn't sound like the most pleasant collaboration and it's a shame that the two artists struggled to meet eye-to-eye. If Johnson does in fact leave the franchise, though, here are some directors who would make additions to the series:

Hear me out. Kristen Wiig has been making the transition from high-wire comedy to more experimental work since leaving Saturday Night Live. She's getting into indie dramas, dance, you name it. So why not try a dark, sexy side?

If he can do what he did for Magic Mike, anything is possible.

Let's have Lena Dunham explore sexuality in a way that's not always 100% awkward. It'll be an experiment for everyone.

Ang Lee (Life of Pi, Brokeback Mountain) can turn the most complicated romances into something beautiful and relatable. He would certainly raise the standard of the franchise, and perhaps open minds of audiences and critics to it.