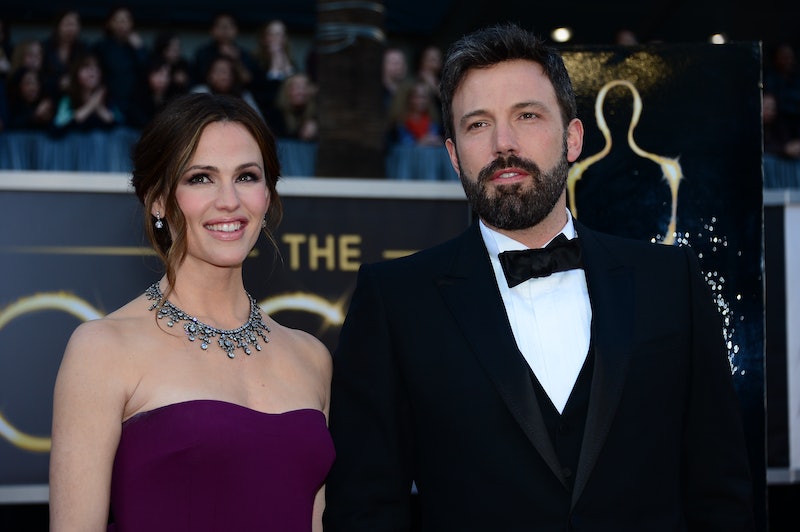 When you think of Hollywood's most adorable and in love couples, Ben Affleck and Jennifer Garner are definitely at the top of the list. Married since 2004, we have seen this couple blossom from Hollywood hotshot PYTs to philanthropists and loving parents of three young children. They are a staple on red carpets and magazine covers, and it is always a pleasure to hear these two support each other. This year, on June 29, the couple will celebrate their ten year wedding anniversary, which is no easy feat in Hollywood. With this milestone coming up, it got me thinking: how did Ben Affleck and Jennifer Garner meet and become one of our most beloved celebrity couples?

As is the case with many Hollywood couples, the two actors met while working on a film set, but they did not immediately kick off their romance. When they were filming Pearl Harbor together in 2001, Garner was still married to her first husband, Scott Foley, and Affleck was just ending his relationship with Gwyneth Paltrow. In a candid interview with Playboy in 2013, Affleck confirmed when he started falling for Garner. He told the magazine, "We met on Pearl Harbor, which people hate, but we fell in love on Daredevil."

Now, I don't mean to call anyone out, but while they were filming Daredevil in 2002, both Affleck and Garner were still in relationships, with Affleck, at that point, dating Jennifer Lopez and half of the highly publicized couple "Bennifer." We don't know the exact point when Affleck and Garner's relationship started, and each of the respective couples seemed be going through rocky times in that period considering they both later split up. What is admirable, though, is that regardless of when they met, the two obviously had an attraction which they can speak about now, but it seems that they didn't it pursue in the moment.

Garner proceeded to divorce her husband in March 2004 and Affleck ended his engagement to Lopez in January 2004. Was it fate? I like to think so because by October 2004, the two made their first appearance together at a Boston Red Sox game and the rest was history.

Jesse David Fox at Vulture argues that the video above holds the exact moment when Garner and Affleck fell in love (notably, the look she gives him at the 21:02 mark), and I will say, Garner is absolutely beaming while speaking to Affleck and I can agree that there's clearly mutual respect and admiration here. Aren't those the best qualities to have in a future spouse anyway?

Whatever happened on that Daredevil set, it set the course for a ten year marriage and spawned tons of beautifully supportive quotes about one another that are enough to make anyone swoon for a long time to come. Affleck once gushed about his wife to the Toronto Sun :

She does have a fundamental kindness and empathy in her that I think is rare, and incredibly appealing and wonderful. She is just kind, and genuinely interested in other people, and really a good person... She’s definitely atypical of someone in this business because this business tends to cultivate a kind of solipsism, narcissism — almost demands it — so resisting it and being someone who’s the antithesis of that is really unusual. And it’s one of the things I really love about her.