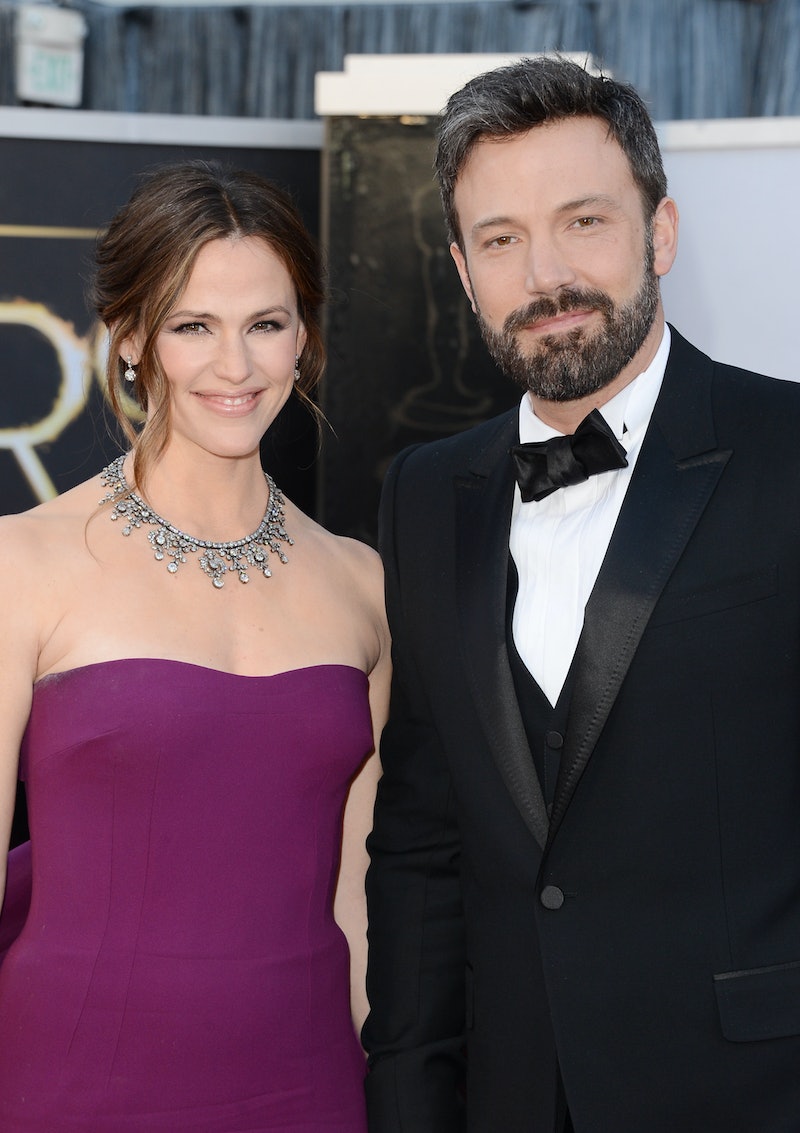 Ben Affleck might play Batman on screen, but he and Jennifer Garner are actual real-life heroes. Garner recently hosted the Save the Children Illumination Gala; Affleck was being recognized with the Global Child Advocate Award for his commitment to the Eastern Congo Initiative (ECI), and Garner is currently on the board of trustees for Save The Children. At the gala Wednesday night, Affleck commented on his wife's own work in his speech, "Look, I know a lot of celebrities. I've seen a lot of celebrities do good work, philanthropic work, show up, take a picture, raise a little money, go to a hospital, shake a kid's hand, get a picture taken, you know, do their part, albeit a minimal one. My wife is no f—ing joke... She really cares about these issues, deeply and personally with the fervent strength that she cares about raising our children."

When it comes to raising their children, when these two aren't helping protect the future and health of children internationally, they're bringing up the next generation of big thinkers, doers, and feminists in their family. While on the red carpet for the event, Garner and Affleck were asked about how they parent and the results were refreshing and inspiring.

Garner noted about her hopes for her two daughters, "I want my girls to love math. I want them to think that being a scientist is the coolest possible job on the planet. I want them to not be afraid to lean toward their femininity; to love carrying a baby doll around; to know how to bake. And to be able to kick a guy's ass — that's why they've been in karate since they were little!"

Well, [they're] a little young for a sort of Gloria Steinem doctoral thesis, but without getting into exactly what it means politically to be a feminist, our daughters understand what my wife understands full well, which is it's important to be strong, present, and powerful, and accept nothing less than a man would — in fact, ask for more. And, you know, that's part of what I admire so much about my wife, and I know that through her example, my children will absorb that.

What's so exciting about their approach is that they're parents who are making feminism a meaningful part of how their children grow up. I know I might not have become the feminist I am today were it not for my father reminding me that, "You're the one behind the wheel," and to never ever accept anything less than respect from men... or anyone, in that case. Feminism was a huge part of the way I grew up, I just didn't know what to call it back then.

Affleck revealed that their daughter Violet saw Hillary Clinton speak at an event the year prior and how having a female president would be a game-changer for their daughters' lives. "I am excited about Hillary Clinton, among other reasons, because having two little girls, I recognize — and I wouldn't have known this before, I really probably would have been more cavalier about it — having two little girls, I recognize how powerful it would be for them to see a woman be the president of the United States."

What Garner and Affleck bring to the forefront is the importance of having these conversations with children as soon as possible — it makes feminism commonplace rather than a "dirty word." They also talk about it with ease and humor. And hey, Batman is a pretty great ally to have on our side.