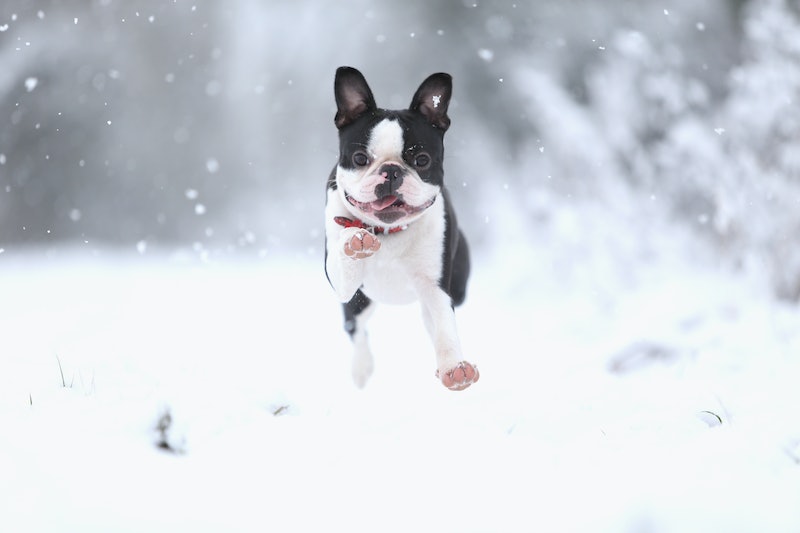 No matter how cold and snowy it might be in the U.S. right now, at least we're further south than Canada, right? But hey, at least we can take advantage of all those Canadians' collective knowledge about how to battle winter weather: The National Weather Network, which describes itself as “Canada's number one source for weather news and information,” recently posted a video featuring six winter weather hacks — and if you're up to your armpits in snow right now, you're definitely going to want to check them out.

The video is about a month old — it was first uploaded to YouTube on January 13 — but given how extremely effing cold it's been lately, now seems like a good time to revisit it. I can't promise they'll help guard against yetis; however, it you, like the writer of this epic Craigslist rant, are sick and tired of getting frozen precipitation dumped on your head all the time, at least you can fight back a little. It's better than just sitting back and taking it, right?

Here are three of the highlights, illustrated with a few humorous GIFs; scroll down and watch the full video for all six. Stay warm, everyone!

1. Want to banish the cold? Lay off the alcohol.

Remember when we debunked the whole “alcohol makes you warmer” thing a few months ago? Well, I am sad to report that it is still true: Drinking alcohol not only won't make you warmer, it'll actually increase your risk for hypothermia by encouraging blood flow to your extremities. No good.

2. Prevent ice from sticking to your windshield by spraying it with water and white vinegar the night before a storm.

An ounce of prevention is worth a pound of cure, right? Here's a recipe. Some say that this trick also works to de-ice your windshield after the ice has already formed, but Snopes found it to be of dubious efficacy. Do with that what you will.

3. Spritz some cooking spray on your shovel before you go out to clear the snow from your driveway.

It will stop the snow from getting all caked up on your shovel, allowing all that cold and icy nonsense to slide off with ease. Just, y'know… be careful where you fling it. That stuff can hurt if it nails you in the face.