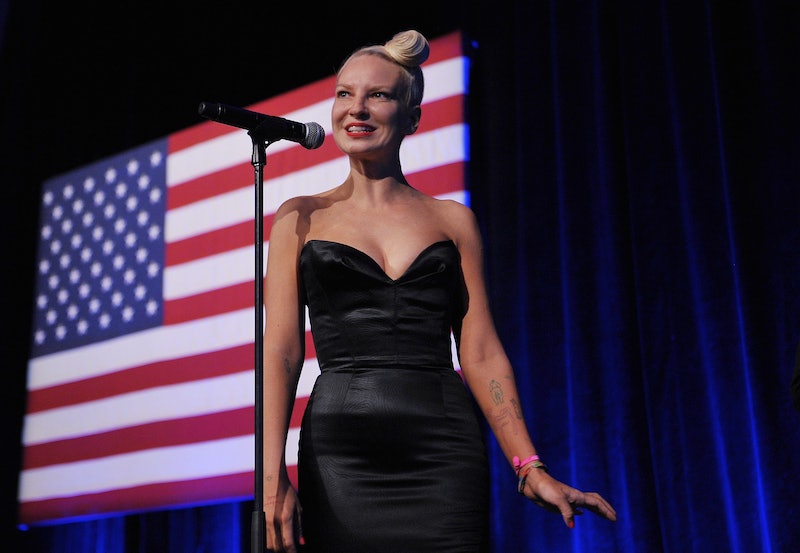 Sia really has people talking since her unusual performance at the Grammy Awards this year with Kristen Wiig — and not just became of her various wigs and costumes: Although her most recent album, 1000 Forms of Fear was just released this past July, it turns out that Sia is not only planning to release a new album that will be called This is Acting — but the album is also already finished. Like, it's coming out soon, guys! Consider today made (and it's not even finished yet!)

So, what does Sia have in store for her fans? Genius, of course, but specifically, the singer hasn't actually revealed much about the upcoming. However, that doesn't mean she hasn't shared at all: As she has said in recent interviews: "I'm super productive. I have a full album ready to go and it's much more pop," she revealed. "I'm calling it 'This Is Acting' because they are songs I was writing for other people, so I didn't go in thinking 'this is something I would say'. It's more like play-acting. It's fun."

Oh course, this announcement definitely pleased Sia's biggest fans who took to Twitter to express their joy. Check out these 12 tweets to see what her most loyal followers had to say.