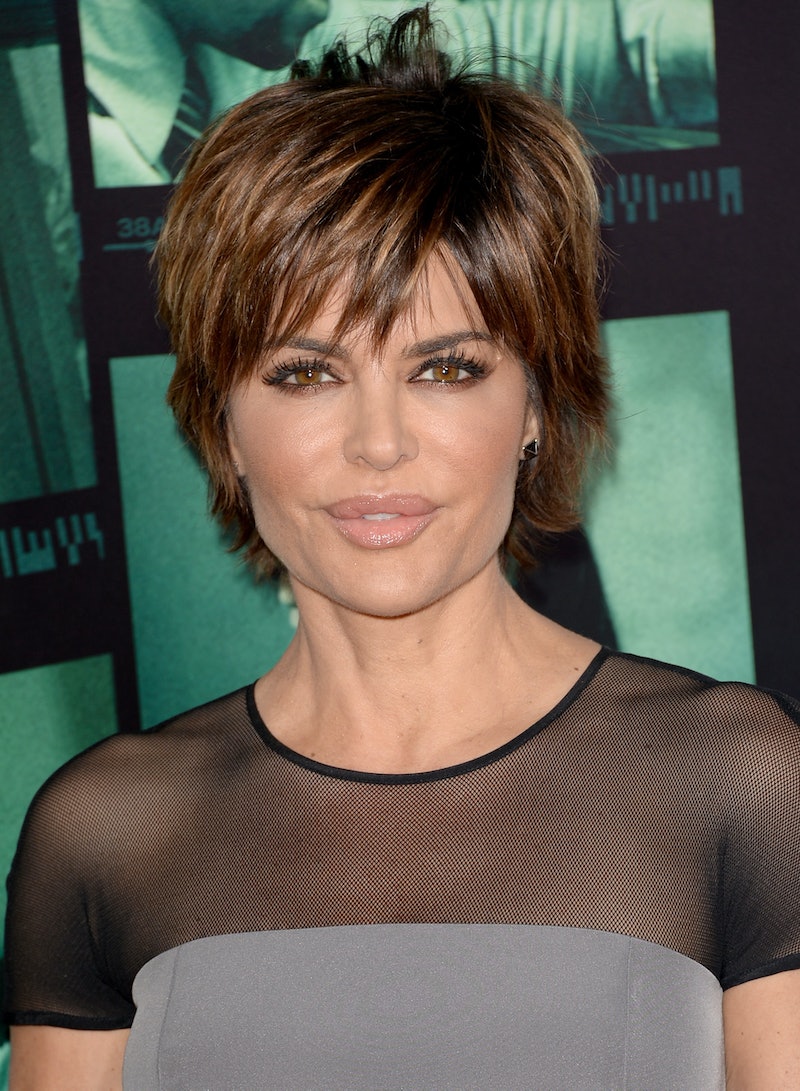 Did anyone else have a serious case of deja vu while watching Tuesday night's episode of The Real Housewives of Beverly Hills ? Yet again, the Housewives questioned Kim Richards' sobriety, and yet again, Lisa Rinna expressed the need to help Kim behind her back. Are we going to have this same storyline every week, because I am so not feeling that.

While on their way to a table reading of a script by Eileen Davidson's husband Vince Van Patten, Lisa R. and Lisa Vanderpump discussed the previous week's events when Kim, Kyle, and Brandi Glanville had a nearly knock-down, drag-out fight at Kyle's Gay Mixer. If you recall, Lisa R. called Kim an "addict" and has said to several of the Housewives, including Brandi, that Kim needs help. That continued during Tuesday night's episode as Lisa R. told Lisa V. that everyone should be concerned about the way Kim has been acting.

To be fair, Lisa R. also had quite the traumatic experience with Kim in a car on the way to Eileen's poker party a couple weeks ago, so her cause for concern over Kim's erratic behavior this season is somewhat valid. However, since Lisa R. is new to RHOBH this season, she doesn't really know Kim or her situation all that well. It's nice that she seems to care so much about the well-being of someone who's really just an acquaintance, but it's also kind of weird that she's so adamant about getting involved.

Even if you've never seen RHOBH before, I'm sure you can smell trouble a mile away. Nothing good ever comes from people meddling in other people's business on reality shows. You should really just stop now, Lisa R. You'll thank me later.

But in case Lisa R. has never seen a reality show and has never experienced the negative effects of getting in the middle of a fight involving two friends (but who hasn't, really?), Lisa V. could definitely set her straight. She reminded us about how she accused Kim of being on something when the ladies went to Paris in Season 3 of RHOBH. And yeah, it was not tres bien. It was very, very not tres bien.

Of course, Lisa V. only said this to the camera during her confessional and not to Lisa R., so she still hasn't gotten the warning at this point. That means she's probably going to continue to rally the other ladies to stage an intervention with Kim. And I'll be watching this trainwreck every step of the way.