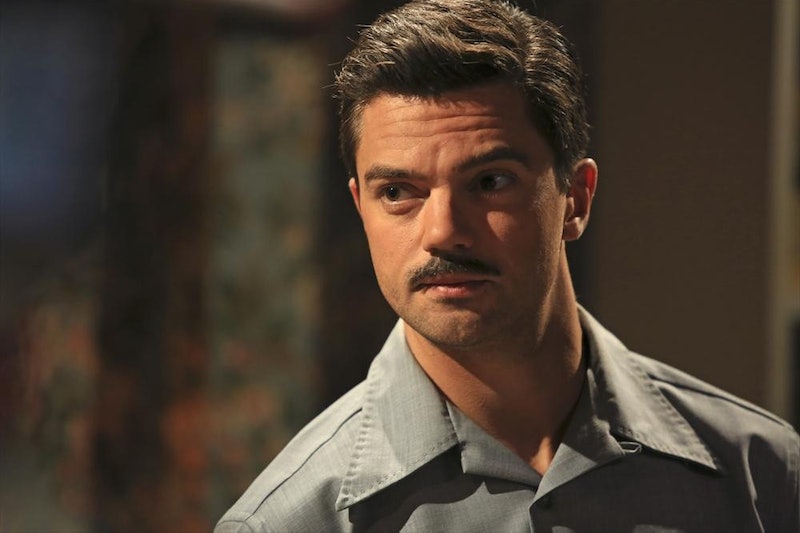 In the Marvel Cinematic Universe thus far, Leviathan may have seemed like a relatively small operation with not many Agents milling about. However, all of that is about to change. This week on Agent Carter , Leviathan stole Stark's "Item 17," a gaseous weapon that causes people to turn on one another to the point of death. Dottie tested it on a movie theater by hiding the weapon in a baby carriage. That's one thing I still find interesting about Dottie. Why was the pageantry so necessary for this act of mass murder? It made an impression nonetheless. In minutes, everyone in that gorgeous picture show was ripped apart on the floor.

What is Item 17? It appears to be a type of gas that either causes you to hallucinate or specifically brings out your worst features. If it's the latter, it could have similar characteristics to the Super Solider Serum. Why was Stark building this?

There is at least one positive thing to come out of all of this. I think I may have figured out why nobody can explain the "Battle of Finow" that Chief Dooley was investigating. Remember that storyline? Now that Dooley is dead, I was worried that it would go unsolved. Now, I'm certain that it must have been a weapons test gone horribly wrong. That's why Stark is hiding. That's why he's scared. That's why his people were the cleanup crew after the so-called "battle" took place.

One answer about the device might come from the very person who stole the device. In a flashback, Dr. Ivenchko was reading the Christopher Marlowe play Dr. Faustus, about a man who makes a deal with the Devil. He then hypnotized a young wounded soldier so that he could be amputated. This is far from the malicious way he uses his gifts now. To Marvel fans, this literary reference should be a red flag. There is a comic book character named Johann Fennhoff who calls himself "Doctor Faustus" and has powers that greatly resemble Dr. Ivenchko's particular brand of cruelty. In the comics, Fennhoff steals weapons from Stark as well.

The way that Ivanchko gets his victims to focus on a happy memory while he has them do his evil bidding is so upsetting. Last week I compared it to Harry Potter's Imperious Curse, but it's got a little bit of the Patronus Charm in there too, doesn't it? That is awful. However, it fits with Doctor Faustus' character.