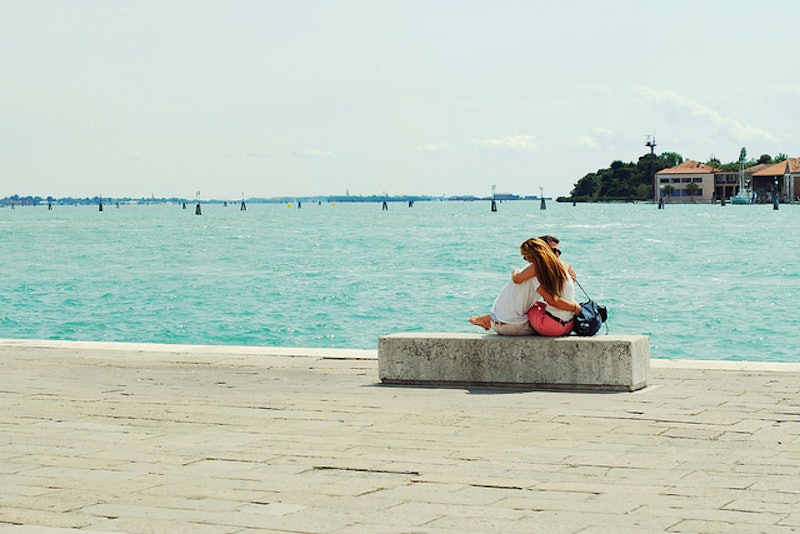 Oh, the joys of fighting…Or not. Fighting with a friend, your family, or your significant other — it’s all not pretty. And to make it even more complicated, people all argue differently. Some people run from any kind of confrontation, while others love a good screaming match. And some don’t let you get a word in edgewise. Others start crying the moment you have something negative to say. No fight is created equal and no fighter is the same.

So if you think fighting is complicated, try making up after a fight. It’s easier said then done. I’ve seen people who are able to forgive and forget like it never happened. Where I, on the other hand, need some time to gather my thoughts and process everything — a.k.a vent to my BFF. Knowing how to make up after a fight is a skill that will come in handy. You don’t want to go through life never knowing how to apologize or resolve a conflict. That person ends up with little to no friends, binge watching TV alone on a Friday night. So here are the different ways to step up your conflict resolution game.

What’s the point of having a fight with your significant other if it isn’t followed up by make-up sex? During an argument, both you and your partner’s emotions are running high. Therefore, after all is said and done and you both have made up, release some of that built up tension — sexually. It might not be as passionate as it appears in the movies, but it will bring you two closer together, after feeling not so close.

Sometimes you might have a fight with someone because you both want different things. Maybe it’s that you two can’t decide on what movie to watch, or you both want the last Snickers bar. Or the more serious argument, where you are upset over how your boyfriend always sees his friends before spending quality time with you. In all of these situations, you two will have to negotiate. This means you both coming together to make a decision that feels right for the both of you. It’s a give and take. Although our country leaders have stated we should “not negotiate with terrorists,” we should for sure negotiate with our friends, lovers and family.

“Sorry, I’m not sorry” is not the way to go in this scenario. Use your apologies wisely. It’s not an easy task to own up to your mistakes and take accountability for your actions. Not everyone is good at this, nor do they find it enjoyable. With that being said, it’s brave to be vulnerable and apologize. You’re not perfect and sometimes you might say or do things that will hurt people. In these cases, a person will forgive you, but you need to ask for forgiveness. An apology is a step in the right and healthy direction.

One way to make up after a fight is to not engage with the person for some time. Enter in the “cool off period.” Some people need some alone time in order to process their thoughts and their feelings. It’s important to give this kind of person their space. I guess it’s true when they say, “If you don’t have anything nice to say, don’t say anything at all.” After enough cooling off time, this person usually will come back to you with a clearer head and a more open heart.

Not every argument will come to an answer or a solution. Sometimes things are they way they are and you must agree to disagree. If both you and the other party won’t budge on your feelings and attitude towards the situation, the only way to move forward is to do just that — move forward. The most important piece of agreeing to disagree is agreeing to forgive and forget as well. Holding onto an argument will only make you hold on to anger and resentment that will weigh you down.

Everyone loves a peace offering, and so does the person you just fought with. After an argument, a great way to win back the heart of the other person is to offer some sort of peace. Whether this is a hand written card expressing your apologies or a bouquet of flowers, the opposing party will greatly appreciate it. Money can’t buy you happiness, but sometimes it can buy you a nice peace offering.