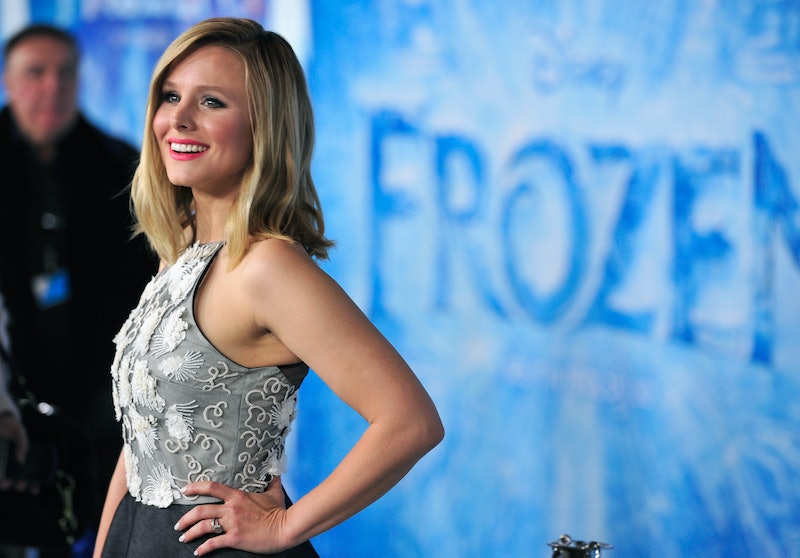 Talented actress Kristen Bell is currently enjoying being a mom to her two young daughters and is busy promoting her new This Bag Saves Lives, a reusable tote that provides malaria treatment to people in need, but during our chat, Bell gives me the scoop about the anticipated and hoped-for Frozen 2. Will a Frozen sequel happen? Is it coming? When?

Relax for a second!

Bell, who voices Anna in the animated Disney blockbuster, wants it to happen almost as much as you do. The 34-year-old actress knows fans are clamoring for something, anything about Frozen 2, so she's offering up the most honest answer she can about the status of a possible sequel.

"They haven't green-lighted it yet," she reveals. "There is so much speculation, mostly because people have wanted it so bad. They've read into quotes or otherwise. They definitely have not green-lit it. I would really hope they do, as all of our cast members would love to be involved. We're twiddling our thumbs and trying to nudge them in the right direction."

It seems like a foregone conclusion that Disney will eventually give the go-ahead on a sequel to one of the biggest movies... EVER. It's earned "beloved" status among fans of all ages and Frozen 2 sounds like instant box office jackpot. So, there you have it, Frozen fans. You don't have to "let it go" (sorry, had to!) just yet when it comes to the second film in the franchise. Bell and the rest of the stars want to do it. Let's just hope Disney gets its butt in gear and makes us that sequel.

More like this
Everything To Know About The Musical ‘Joker’ Sequel – & Lady Gaga’s Role
By El Hunt
The 'Hocus Pocus' Sequel Finally Has A Release Date & It Makes Total Sense
By Shannon Barbour and Radhika Menon
“The Door Is Always Open” For Another 'Breaking Bad' Spin-Off, Says AMC Boss
By El Hunt
Everything You Need To Know About The 'Knives Out' Sequel
By Grace Wehniainen
Get Even More From Bustle — Sign Up For The Newsletter