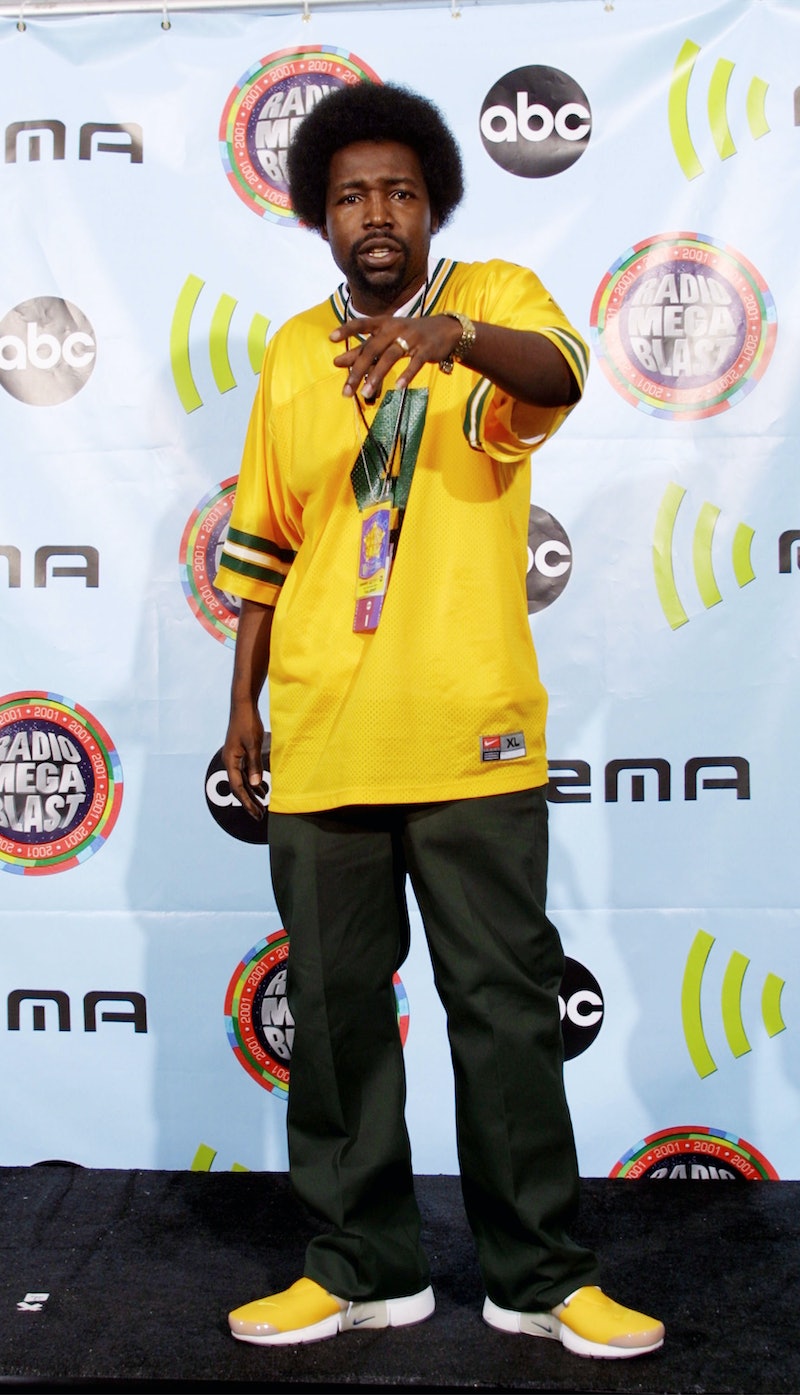 It looks like there is some bad news for Afroman and his fans. The "Because I Got High" rapper was arrested on Feb. 17, and it wasn't because of behavior he raps about in his famous song. Afroman was arrested for allegedly punching a female fan in the face, according to TMZ.

The rapper was performing at Kress Live in Biloxi, Mississippi when a woman climbed up on the stage and approached him. Witnesses say that Afroman hit her without warning, and he even reportedly continued to perform his show while the woman laid on the ground crying and bleeding. Police eventually were able to stop the show before escorting Afroman off the stage and arresting him outside the venue, booking him for assault. He was released later that night after paying a $330 bond.

A rep for Afroman told the press that security was lacking at the venue to keep people off the stage and that Afroman couldn't tell who the fan was, whether it was a man or a woman, or what the fan's intention was for trying to get on stage. The rep also added that this was out of character for Afroman.

It looks like this has been Afroman's first major brush with law enforcement. While he has spoken out about marijuana legalization and about how it would be possible for the police to want to give him the maximum punishment for being in possession of marijuana, he has also claimed that "after marijuana is legalized, I'm not a criminal."

Defending Afroman, his rep said that the rapper's back was turned during the incident, making it difficult to see the woman properly, and the rep released this statement to Billboard: "This was a completely involuntary reflex reaction to people infringing on his stage space. It was uncharacteristic behavior that was initiated by outside uncontrolled forces." That being said, it's worth questioning why Afroman did not seem to have a visible reaction to the incident after it happened, especially since the woman was reportedly still on the ground.

The rapper himself still has yet to comment on the incident, so hopefully he will offer some type of explanation and take responsibility for his actions. His fans deserve to hear more from him. We will have to stay tuned.