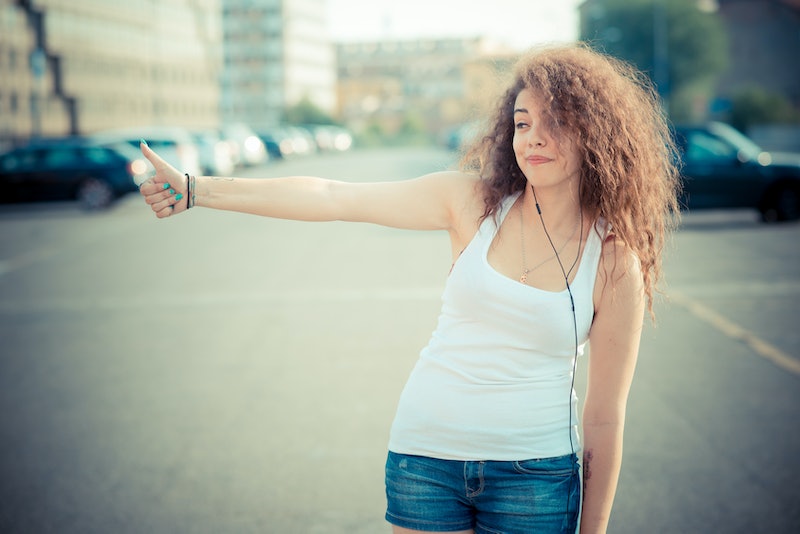 Let me give you some advice, as an Australian who has never been on "Spring Break, bitches!": Don't do it. It looks awful. It appears to be the kind of thing that leads to drink-spiking and/or genital warts. So I urge you, when Spring Break inevitably rolls around, to do something more fulfilling with your time that head to any random bar and start eliminating as many brain cells as possible with booze. If you're going to drink, drink somewhere interesting, with interesting people, while experiencing something... interesting. You only get so many Spring Breaks in this life, so you might as well make the actual most of them.

When Australians finish high school, we go on "Schoolies" which I think is as close as we get to Spring Break. I went away with a big group of girls for a week and yes, we drank ourselves stupid, but we did so at a lovely Australian beach location. The year after that, I backpacked around Thailand, and the year after that, around Europe. Looking back on all those experiences, I can tell you that if I had to give up one, it would be Schoolies, without hesitation. I barely remember that trip. And also, getting drunk at a bar on the Tiber while an Italian woman sings and plays acoustic guitar is way more memorable than getting drunk with a bunch of future college douchebags and former high school bullies on a filthy Floridian beach.

You heard it here first: Start saving your money, and aim for greatness! Plan to spend your Spring Break expanding your horizons and enriching yourself overseas. Sure, there will be nights you stumble back to your hostel to puke in someone else's bed by accident (oh, what I would pay to never be young again!), but there will also be days picnicking under neath the Eiffel Tower, or hiking Machu Picchu, or snorkeling the Great Barrier Reef. And before you head out, here are some things you ought to know about traveling internationally.

1. Other countries have ATMs

First-time overseas travelers always seem so panicked about money. People still ask me if they'll need TRAVELERS CHECKS. Are you for real, man? The most you should think about money is having it, and maybe popping into your local bank branch to see if they have any credit/debit card situation with a low/zero withdrawal fee specifically for overseas travel. There are ATMs in other countries. Unless you're going to some remote rural location, you don't need to withdraw wads of cash before you go. And never, never exchange money at the airport or in thick tourist locations: The rates are always awful and the fees are sometimes bigger than what your bank would charge you just to withdraw the money from an ATM anyway.

2. Not everyone speaks English

You'd be shocked at how many people are thrown by this. "But it's Spain!" they say, "I thought everyone would speak English?" Why? You said it yourself: IT'S SPAIN.

3. Things don't always go according to plan, which is cliché but seriously, they won't

When you're overseas, things can go wrong. Travel plans can be delayed because you missed a train, flights cancelled because of weather. Your shit could get stolen. You could be lost without a map in a strange city where you don't speak the language. Roll with it. The messy parts are the fun ones. No one ever comes back from a vacation with a great story about a perfectly uneventful day spent browsing galleries. The best stories are the ones where you're on a bus you don't realize is being used to smuggle gypsies from Albania to Greece and they kick you off in a rock quarry right before the border so to avoid having your liver sold on the black market you end up in a doorless cab with a fat driver who has no teeth and a mullet.

4. Customs is a bitch

You're not an American citizen going through JFK any more. Now, you're a potential freeloading youth who thinks they can just waltz into another country without a visa and just get cash bar work for six months. That's what customs in every other country sees when they look at you. Be prepared for long waits and lengthy interrogations, and keep all your papers (bank statements to show you have money, flight bookings to show you intend to leave the country) on you when passing any border.

5. It's okay to sleep on the floor at the airport

You're not better than the airport floor. If you're stuck in an airport for any amount of time, it's perfectly acceptable to find some floor (out of the way, obviously) and snooze.

6. You don't need as much money as you think you do

You're probably young and dumb and looking to party. You're not on a five-star vacation filled with fancy hotels and Michelin-starred restaurants. You can sleep on the roof of a hostel in Greece for 4 Euros a night, and you can drink 50 cent beers from the corner store on the street corner in Berlin. You can literally go anywhere (as long as you can pay for the flight!) and exist there on a shoestring. Forget shopping and taxis and other swanky things; Eat, drink, and wander about like it's your last day on earth and you've got a $20 bill burning a hole in your pocket.

7. This can either be the best or the worst experience of your life

It up to you, really. You can complain and whine and see obstacles and set backs as insurmountable. You can be annoyed about the person in the bunk bed below you who rustles about at 3AM, or you can simply wait for them to stop rustling and go back to sleep. You can be upset that the museum you wanted to go to wasn't open when you have to leave the next day, or you can just say "next time" and go do something else. You can groan about the hostel not being as nice as it looked in the pictures or you can just recognize it as a bed to crash in so who cares? You can cry because you lost your camera on a bus or you can relax and claim it on your insurance when you get home. Everything is just things. Your experience is yours to make. You can spend it being cranky, or being happy, but that's on you, and it's no one else's fault if you don't have a good time. (Spoiler: You will.)