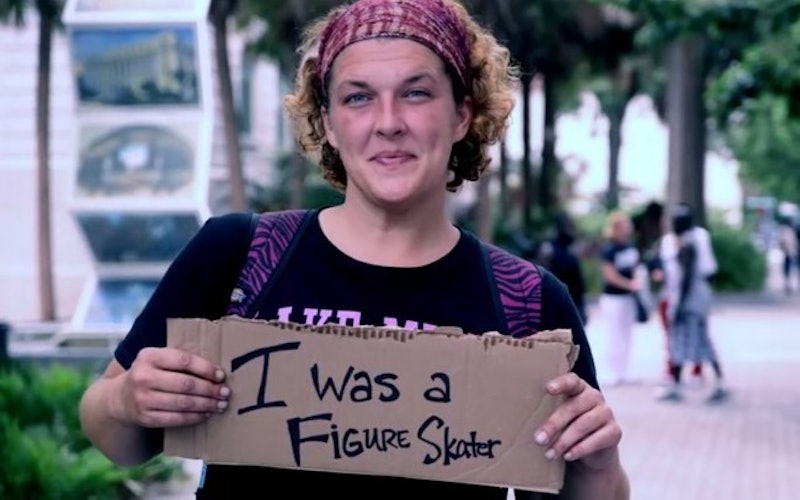 Rethink Homelessness is a non-profit organization based in Central Florida that challenges us to reconsider our assumptions about who homeless people are and how they came to be homeless. In a video called “Cardboard Stories,” the organization shows that the homeless are a diverse population comprised of people who defy stereotypical narratives of addiction and criminality. Eighty percent of homeless people in Central Florida are children and families, and—contrary to common perceptions that homeless people are simply born to be homeless—most of these families aren’t affected by homelessness until something traumatic occurs, like a lost job, an illness, putting them out on the street.

The premise of the video is a simple one. As the Rethink Homelessness website describes,

[T]wo Rethink Homelessness team members went out with handheld video cameras, a stack of spare cardboard pieces, and a set of markers. They offered homeless people a piece of cardboard and pen, giving them a platform to tell part of their story to the community at large.

The people in the video each share a simple fact that they think other people might not guess just by looking at them; their statements range from the impressive (“I speak 4 languages”) to the heartbreaking (“I surrendered my kids to save them from Homelessness”). The video now has well over 5 million views.

Check out 15 of these moving confessions, and watch the full video below.

To learn how to support Rethink Homelessness, visit the organization’s website.