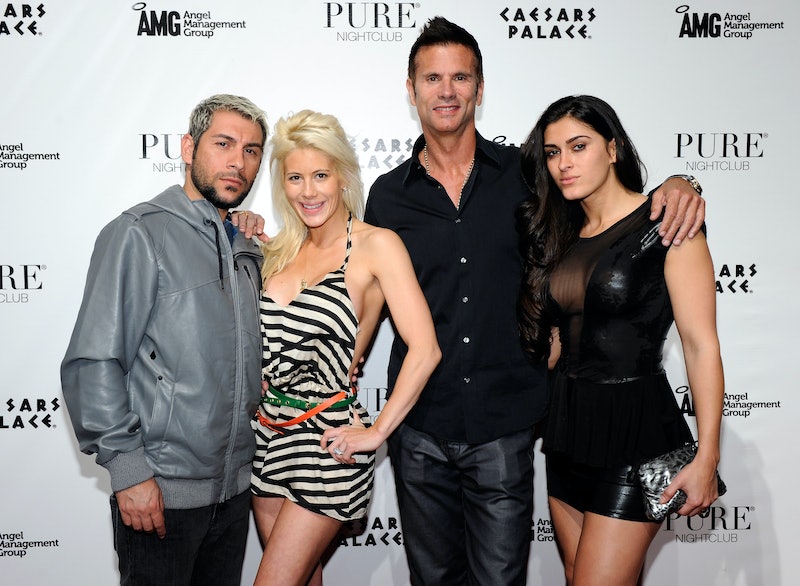 So, here's some news you probably didn't think you'd read about today. Lorenzo Lamas' wife Shawna Craig is pregnant with his grandchild. Say what?! It's actually not as crazy it you think. The Lamas family revealed the news in the March 2 issue of Closer Weekly that Shawna agreed to be a surrogate for Lorenzo's daughter, Shayne Lamas. That makes much more sense, right?

In September, Shayne and her husband, Nik Richie, revealed that they were expecting a baby via surrogate and now we know it's her stepmom! Shayne is over the moon and told the magazine,

Shawna's not just my stepmother. She's like a soul sister. She's an angel that blessed my whole family, including my father.

This is happy news for Shayne and her husband, especially since they lost their baby boy due to Shayne having a rare uterine rupture in February 2014. Emergency surgery was done to try and save their son, who they named Rex Jagger, but, unfortunately, nothing could be done. Shayne ended up having an emergency hysterectomy, resulting in the loss of her uterus and half her bladder. Now, the couple are being blessed with another child, who, obviously, won't replace their son, but will bring happiness into their life.

If you think it's odd that Shayne's stepmom is carrying her grandchild, well, the family also agrees, but that's not what they're focusing on or what's important. Shayne said,

It is weird. Somebody else carrying your baby is weird. But I lost my son, and now Shawna is carrying my son. I have just been given the biggest blessing in the whole world and I will always be grateful.

Even Shawna is "ecstatic to be pregnant" and help Shayne and her husband bring a baby into the world. Shayne and Nik are expecting their baby boy (yes, they're having a son) on July 10.

Congrats to the family on their impending addition!