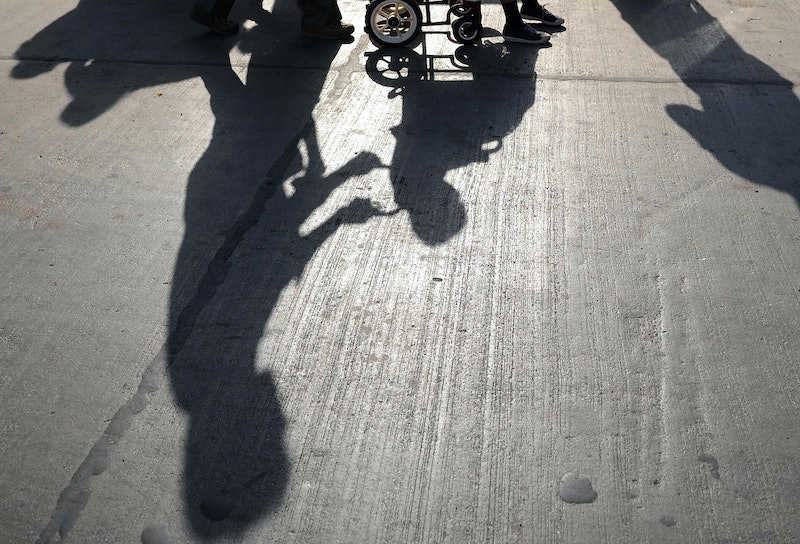 Sparking criticism from the United Nations, the forced sterilization of disabled men and women in Australia without their full and free consent continues. The U.N. and human rights groups consider the practice of forced sterilization to be a form of discrimination against people with disabilities — an abrogation of their rights and, at its most extreme, a form of torture. But when Australia convened a Senate committee to look into how people with disabilities are treated by the medical establishment, lawmakers recommended against banning the practice and instead favored tightening regulations around who can be sterilized without their consent and under what circumstances.

But we tend to relegate forced sterilization programs to earlier eras or parts of the world where the respect for individual rights is lagging. Yet in Australia, the legal scheme allows the courts to decide whether or not to medically eliminate an individual’s procreative ability if he or she is deemed mentally unable to understand and consent to the procedure — provided that the court finds the procedure to be in a patient’s best interest.

In most Western countries, on the other hand, there is a blanket ban on forced sterilizations — doctors can only sterilize people if they have obtained their free and full consent, and if someone is not mentally able to give that consent, a court can only override his or her incapacity to mandate sterilization in life-threatening situations.

To add another cause for concern, the country doesn't keep nationwide records of how many people the courts have ordered sterilized, and some of the local jurisdictions are better than others at keeping tabs on the practice.

Foreseeably, Australia’s allowance of court-issued sterilization orders for people with disabilities has attracted the condemnation of a number of international human rights organizations as well as the U.N. In its 2014 annual report, Human Rights Watch called out Australia for abusing human rights:

Alarmingly, Australian law allows women and girls with disabilities to be involuntarily sterilized if the family court or a guardianship tribunal determines that the procedure is in their best interests…In September 2013, the UN Committee on the Rights of Persons with Disabilities (CRPD Committee) urged the Australian government to take immediate steps to prohibit involuntary sterilization and provide assistance enabling people with disabilities to make decisions about their own lives.

In addition to the CRPD Committee, the U.N. Committee on the Rights of the Child has called for Australia to cease and desist from its practice of forced sterilization. And a number of human rights groups, including People with Disability Australia, submitted to testimony to the U.N. Committee against Torture this past November to draw U.N. attention again to Australia’s continued use of the practice.

"People with disability in Australia are frequently subject to treatment that may constitute torture, or cruel, inhuman or degrading treatment or punishment, including persistent and severe violence and abuse, forced or coerced nontherapeutic sterilization, long-term neglect of basic human needs, and painful and degrading behavior modification techniques or restrictive practices,” PWDA said in its statement to the U.N. committee.

A couple of years ago, Australia looked like it would bow to its critics when a Senate committee opened an inquiry in 2012 on the laws around sterilization practices and the appropriate means of assessing consent. Led by Senator Rachel Siewert, the committee heard from experts and advocates on both sides of the issue.

For those against the practice, forced sterilization represents an immoral, unjustifiable violation of people’s rights to autonomy, to personal decision-making about their body and to starting a family. Allowing others to decide whether to undertake such a permanent and personal medical procedure, whether that authority devolves to the parent or to the state, opens up already vulnerable individuals to abuse.

Many of the decisions to pursue medical sterilization, human rights groups like PWDA argue, are grounded in discriminatory views on what people with disabilities should be allowed to do.

In an interagency statement drawing from various U.N. organizations, including U.N. Women, the World Health Organization and UNICEF, the human rights monitor decried forced sterilization programs as justifying themselves with misconceived notions of what rights women with disabilities possess. The report noted:

Women with intellectual disabilities are often treated as if they have no control, or should have no control, over their sexual and reproductive choices; they may be forcibly sterilized or forced to terminate wanted pregnancies, based on the paternalistic justification that it is “for their own good.

But advocates on the other side of the issue don’t see forced sterilization in such a negative light. For many parents and organizations, the sorts of medical procedures that end menstruation or take away fertility often provide for greater quality of life and dignity for disabled individuals. For those people with severe mental incapacities, the argument goes, pregnancy, childbirth and childrearing are beyond their intellectual grasp. Allowing these individuals to become pregnant (or exposing them to the risk of it) would only serve to traumatize rather than to provide fulfillment.

Ultimately, while expressing concern over how the superseding of medical consent could lead to discrimination, the committee did not recommend that Australia follow the lead of its neighbors and pass a statutory ban on any forced sterilizations without the express, full and free consent of those involved. Instead, the committee allowed that the practice should be more closely regulated to ensure that all attempts had been made to determine whether or not a person was competent to make such a serious decision about her reproductive health before a court could intervene.

As the Senate inquiry wrote in its committee report:

In those cases where there is not capacity for consent, and no reasonable prospect that it may develop, laws and procedures may permit the sterilization of persons with disabilities, but the circumstances in which this may occur must be narrowly circumscribed, and based on the protection and advancement of the rights of the person.

PWDA, predictably, has decried the committee’s recommendations for ignoring the wider context of abuse, exploitation and neglect that people with disabilities face in contemporary Australia. As the organization argued:

People with disability in Australia represent the most detained sector of our population; disproportionality prevalent in our prisons, institutionalized within our communities, and hospitalized in psychiatric wards.

Trying to care for those with severe mental incapacities while also respecting their rights and autonomy is a difficult balancing act. But given the long history of proven exploitation involved in forced sterilization programs, Australia should be more cautious from a statutory standpoint in how it determines when courts can take away such fundamental rights.