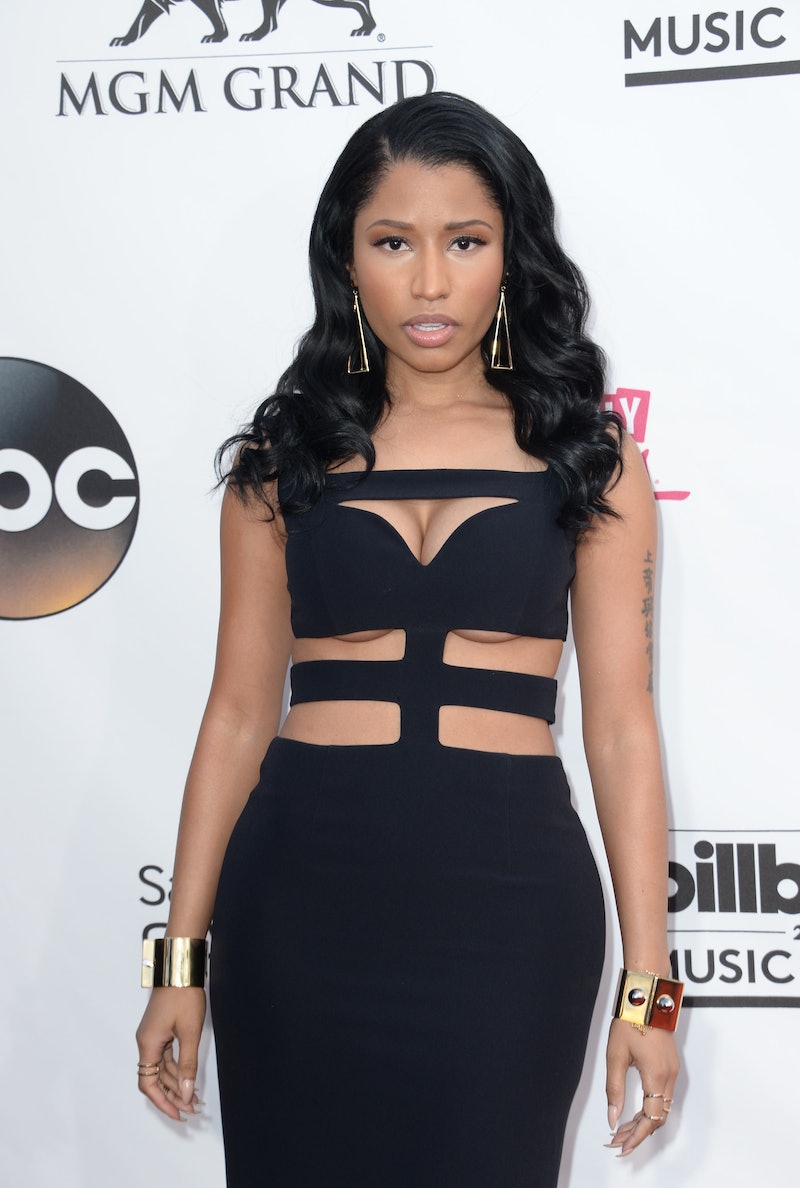 This is absolutely awful news. Two members of Nicki Minaj's team were stabbed in Philadelphia leaving one dead and one in the hospital, the rapper revealed Wednesday on Twitter. The two men were there rehearsing for her upcoming tour. While at a bar, they reportedly got into a fight resulting in the stabbing and death of one, while the other man is recovering. According to Just Jared, the members involved were De'Von Pickett, who died from injuries, and Eric Parker, who is in critical condition from multiple stab wounds to his side.

Per NBC Philadelphia, the fight began around 2 a.m. on Wednesday inside Che Bar & Grill along Stenton Avenue in Philadelphia’s West Oak Lane neighborhood. According to Chief Inspector Scott Small, “We believe that both of the victims, as well as the perpetrator, were all inside of this bar and that’s when an argument started.” Eventually, the argument is said to have spread outside onto the street, where a perpetrator pulled out a knife. The suspect reportedly drove off and the police are currently investigating the incident. With that said, Small also revealed that the police "believe [Parker] is going to survive his injuries."

Police have yet to identify the victims or confirm that they were working for Minaj, but based on her social media posts, the rapper has confirmed that Pickett and Parker were in town for her. Her tweet reads as follows:

Minaj also posted the following on Instagram and is absolutely devastated about the news: "#Rp @myfabolouslife - these guys flew into Philly for my tour rehearsals 2 days ago and were both stabbed last night. #RIPDAYDAY condolences to your family. Unbelievable. Eric (on the right) is recovering. Another senseless act of violence that took the life of a great guy. So sad."

Further details have yet to be released, as police are still investigating.