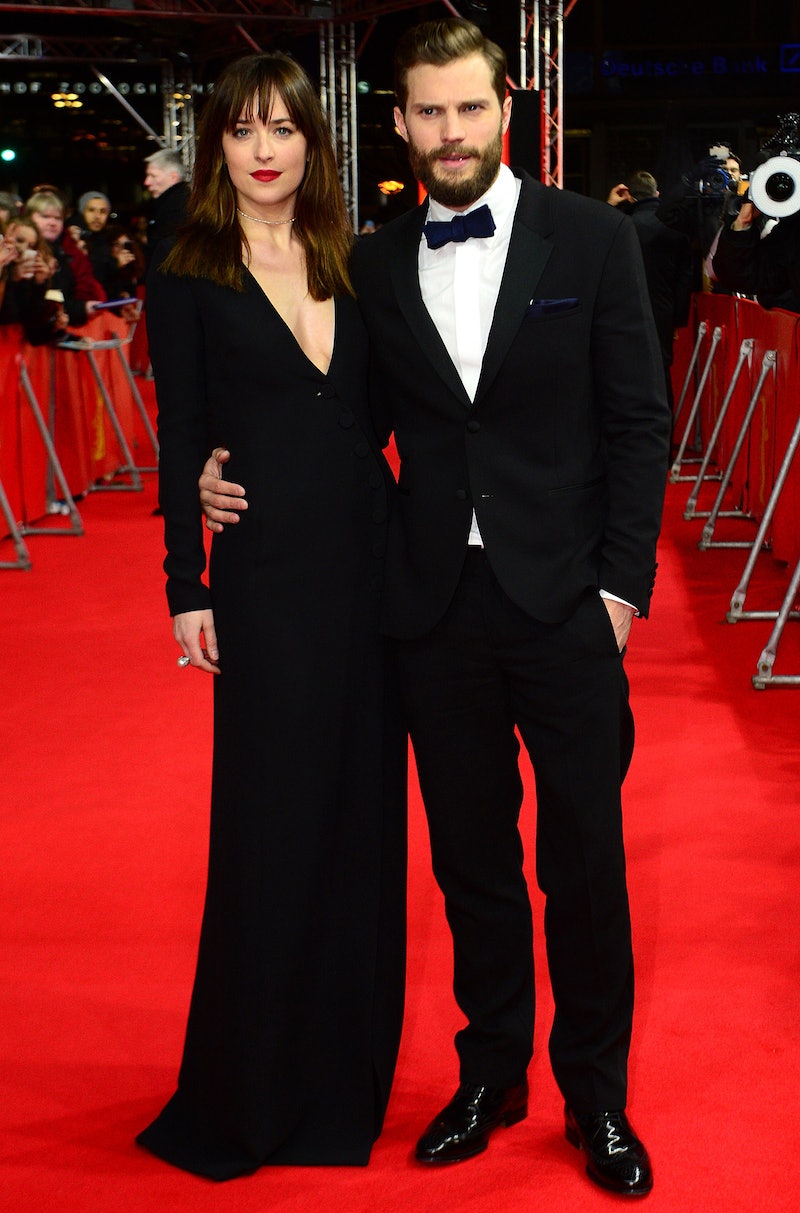 It's been less than a week since Fifty Shades of Grey hit theaters, and the movie is already setting crazy records. Having made more than $94 million since its Valentine's Day weekend release, it's not surprising that the Fifty Shades Of Grey sequels are definitely happening, but what does the cast think? Obviously, this kind of success is what a lot of actors dream of, and if our leads dropped out, the next two movies would undoubtedly suffer. Not that the actors dropping out is likely — but there's always that chance, right? Fortunately, it doesn't seem like that's what's going no here. Even though Jamie Dornan has given us the impression he may be less than excited about his involvement in the franchise, his actions say otherwise: According to The Hollywood Reporter, Jamie Dornan and Dakota Johnson are already signed on for both Fifty Shades Of Grey sequels.

In fact, not only have Johnson and Dornan decided to do the next two movies — which will be modeled after books two and three in the trilogy, Fifty Shades Darker and Fifty Shades Freed — but the two both sound pretty psyched to get to work. (And honestly, why wouldn't they?)

In Johnson's words to MTV:

"I’m excited, I mean, she goes through such an arc in the first book and really explores herself and this whole other world. In the second book I think Ana becomes a woman, really. It’s a really interesting thing to play, to figure out the moment in which a person becomes comfortable with themselves. And then by the third, I think she's this extraordinary, wonderful woman."

Who might not be back for the sequel, though? Fifty Shades director Sam Taylor-Johnson, who is said to have some major feuds with author E.L. James to the point where she is no longer interested in working with her. Reportedly, Taylor-Johnson is planning on ducking out of the next movies if she's asked back, although her rep says "all press reports are pure conjecture."

Being that the studio will definitely want to capitalize on the franchise while it's hot, I'd imagine filming will be underway ASAP, which means we'll get even more details about what's going on with the sequel and who their directorial choice will be. 'Til then? Patience, my friends. Patience.