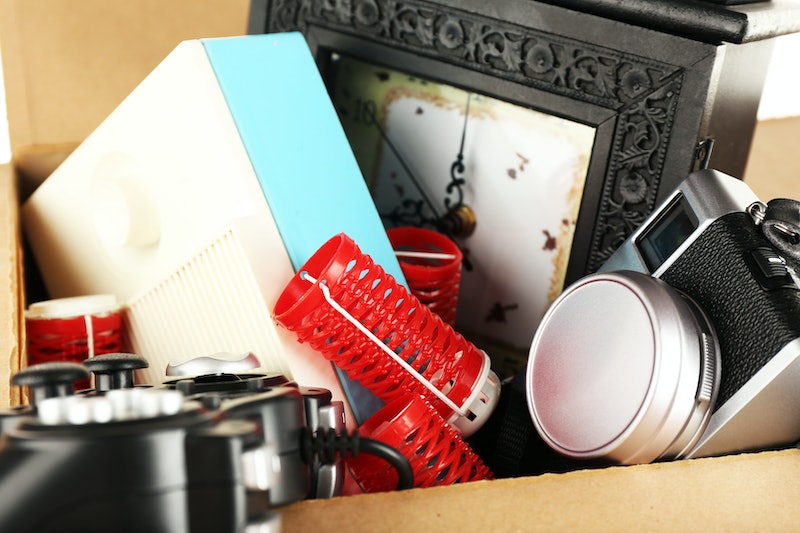 You know that frustrating feeling of needing to buy something you know you'll only need to use once? Well, there may be a solution: A new app called Baro that let's you borrow (get it?) things from your neighbors, and rent your stuff out in return. What? You mean assembling IKEA furniture no longer requires a trip to the store to buy a screwdriver? That is the best.

The app, which the Daily Dot refers to as "the Uber of everything" lets users create lists of items they'd be willing to led out, along with the rental prices they'd like to charge. Items can include anything from tools to appliances to musical instruments — and though they don't suggest it, I imagine someone might be able to set up a nice lending library of books and DVDs for people who are too lazy to trek all the way to the actual library. Once you've listed your inventory, other app users in the vicinity can contact you to borrow your stuff. Simple, right? If you're wondering how Baro makes its money, the company that runs the app keeps 18 percent of whatever rental fee you charge, and also insures your items up to $10,000 in case some stranger breaks something. In other words, it's perfect for people who live in big cities where no one knows their neighbors, but where there's bound to be someone in your building who could lend you whatever it is you're looking for.

So what are some things we might like to rent out via the app? Well, a few ideas come to my mind:

A KitchenAid mixer is one of those kitchen appliances that your mother owns while you're still stuck using your tiny hand mixer, dreaming of the day when you can justify spending the money for one of your own. If someone in my building was willing to lend me theirs, I wouldn't even care that I'd have to carry the stupid heavy thing back to my apartment; I would rent that thing out every time I baked, no question.

Can you tell that most of my wish list is kitchen-related? Because it is. It seems so unnecessary to own a rice cooker — until you're making rice and realize how much easier it could be if you could literally just push a button. Someone could definitely make money off me on that.

Depending on how much someone was charging, it would be totally worth it to avoid going all the way to the store for a roll of tape when you just need a few pieces. In fact, if you lived in a big enough building, I imagine you could get a nice little business going by buying tape in bulk and renting out rolls to your neighbors. Ah, the entrepreneurial spirit of America.

My apartment is definitely not big enough to store one of those racks for drying clothes, but now that it is winter and I have lots of sweaters that can't go through the dryer, it would be nice to have a place to hang them anyway. If I borrowed one, I think I might have just enough floor space to set one up. Perfect!

I have a feeling that you could make some sort of profound metaphor out of the fact that my apartment has two of those multi-head screwdrivers, but when my roommate and I were building our IKEA dressers, we had to use wedges for the nails. It would have been so much easier — for us and our footwear — if we could have borrowed a hammer from someone.

There's no getting around it: Laptop speakers are terrible. They make me forever nostalgic for the year that I lived with someone who had some of those portable speakers. They were small, but they made the occasional party so much more fun. They aren't really worth the investment, but they might definitely be worth a rental.

7. All Those Other Fancy Kitchen Things

Like I said, most of my wish list would definitely be kitchen related, ranging from the things I should have but don't (like a grater; why do I keep forgetting to get one of those?) to things I can't afford (like good knives) to fancy stuff that you only need on special occasions (like one of those garlic presses that are so worth it when you're making garlic bread). And if someone had a selection of cookie cutters I could browse, that would be awesome, too.

This one might be a bit of a reach, but what can I say — I'm a girl on a budget with an oversized love of shoes. Basically if you have my shoe size and live in my building, you could probably make money off me.