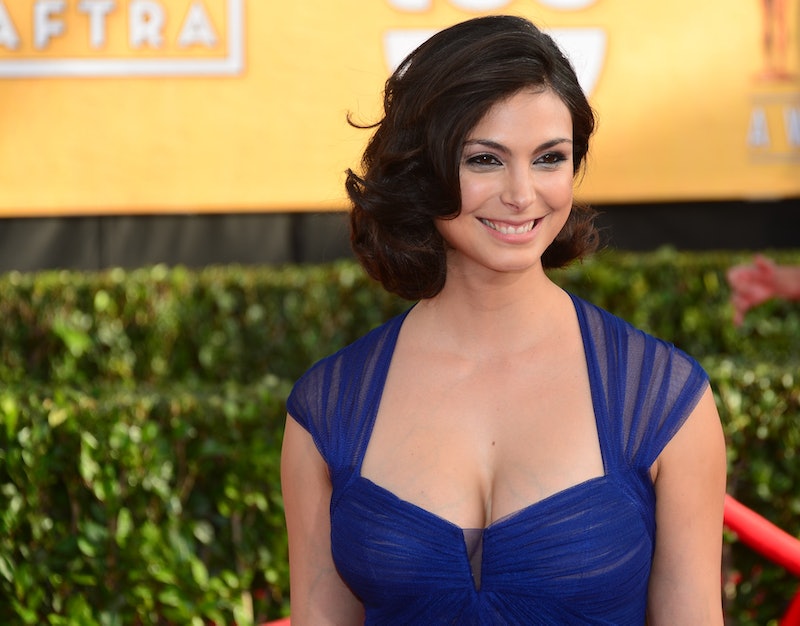 She may be most well known in recent years for her work on Homeland as Sgt. Brody's wife, but make no mistake: Morena Baccarin is a forever member of the Geek Cred club. That's not just because her most recent show is Gotham — it's mostly because she lives in the special realm that all of the main cast of Firefly will always inhabit: Namely, in the world of what could have been if that show had never been prematurely canceled. Now, this is a woman who not only has geek cred in her past and her present — she's also got it in her future: Morena Baccarin was just added to the cast of Deadpool , joining Ryan Reynolds in the Fox film based on the Marvel character.

According to The Hollywood Reporter, Baccarin has been cast as a woman who "grapples with falling for a man [Reynolds] with a hideously scarred face." Deadpool, for those who don't know, is a character who becomes terribly scarred after he "undergoes a prodcedure to cure his cancer." He also comes out of that procedure with superpowers, though, so it may be a wash.

Baccarin joins T.J. Miller and Gina Carano in the cast — and I grow more excited to see what this turns out to be every day.