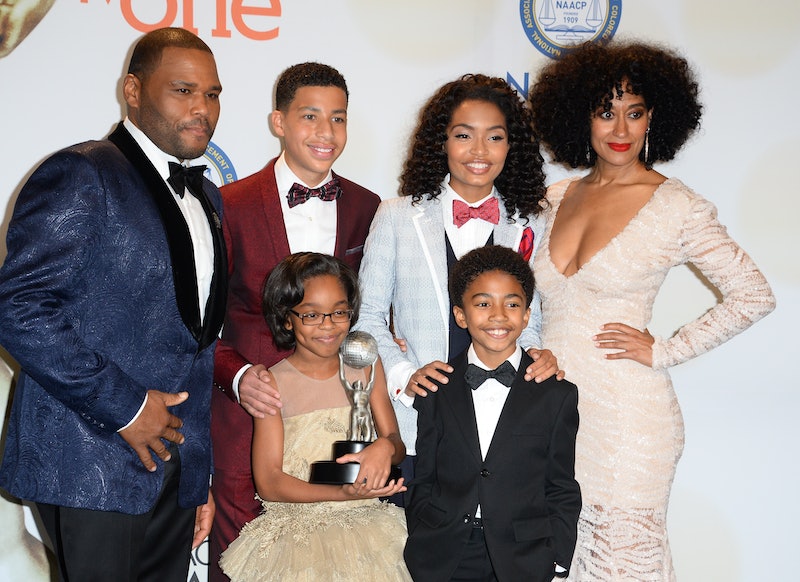 This is an important milestone for black-ish: its first truly bad episode. It had Dre and his sons having an uncomfortable possessiveness over Zoe's dating life, a truly abhorrent B-story about Bow realizing that her pubic hair was going grey that went absolutely nowhere, and a French kid with greasy hair and leather vest treated as a charming player because he knows sleight of hand magic. Truly, this was black-ish 's worst episode.

So let's break down just why this episode didn't work. First of all, the idea of dating your dad is already a horrifying psychological stereotype that makes almost every normal person cringe. But to design a whole episode around why that's the only thing that will make Dre comfortable is pretty gross. And Zoe is the Johnson kid Dre like spending time with the most? I don't see a lot of similarities between them, but sure, she's probably changed the most since she was a kid, and that's hard for parents. But this storyline is where Dre's perspective being the show's perspective is kind of limiting, because as a former teenage girl, this premise was totally creepy.

The Bow subplot... the less said, the better. Which seems like what the writers thought, too, because it abruptly vanishes in the middle of the episode. Basically, this week Dre needed to butt the hell out of the women in his family's business.

I know all of this sounds pretty bad, and it was, but here's why there's nothing to worry about. First of all, there was some stuff that worked, as there always is in a black-ish episode. I did enjoy Junior's brief moments in the sun every time Dre appreciated his espionage skills. And the saving grace: Diane, whose exasperation about Zoe eating all the ice cream further established her as the old crotchety member of the family while Pops and Jennifer Lewis' character are out of the story.

And the season is 22 episodes long, and the ratings, while down a little bit now that Empire is killing everything on Wednesdays, are still way stronger than anything else that's aired after Modern Family. So I wouldn't worry too much about the fate of the show. And shows always have bad episodes. Thankfully, black-ish always has a few bright spots and now that they've passed the hurdle of their first big mistake, it's free to move on to better things.