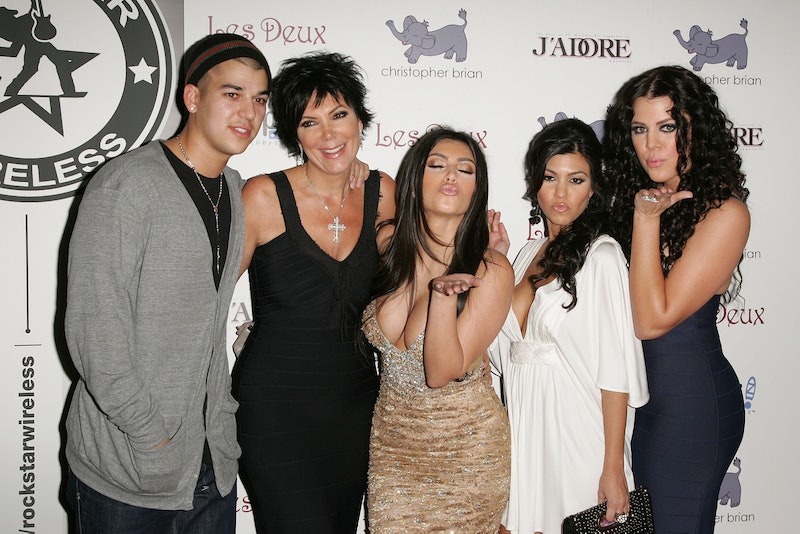 About six months ago, I made what would would turn out to be one of the most important decisions of my life: I decided to start watching Keeping Up With the Kardashians . Of course, I didn't begin from season 1, nine years earlier — that would be insane, hours upon hours of my life wasted on reality TV's most famous family. I was already embarrassing myself by agreeing to watch season 9; I didn't need to stoop that low. I would just watch a few episodes, see what all the fuss was about, and finally understand why everyone around me loved the store DASH and idolized a guy called "Lord."

But, as you might've guessed, "I'll only watch season 9" turned into "oh my god, I have to watch this beautiful wonder of a show from the very. first. episode." A few months abroad put those plans on the back burner, but as of January, my TV catch-up intake has been all Kardashians (with a healthy mix of The Good Wife and House of Cards, I might add). At the moment, I'm halfway through season 4, and so much is happening. Kourtney is pregnant. Khloe is married to Lamar. Bruce is feeling unappreciated and is begging Kris to let him have a credit card. It's a trying time for the family, and I'm loving every crazy, addicting second.

Yet while I knew I'd love the drama and would finally get to see Kim's cry face, one unexpected benefit has come from watching the series from the very beginning: I get to notice all the things about the show that current KUWTK viewers probably forgot. For instance:

Kylie Was a Devil Child

Kylie and Kendall aren't around much in the show's first few seasons, as they were pre-teens presumably trying to live normal lives, or at least as normal as can get when your sister is famous for a sex tape and strange men film your mother taking a shower. So the times they do appear on the show are memorable, if not always in a good way. You see, while Kendall came off as a sweet, innocent kid, Kylie was a MONSTER. Every time she entered a room, she shouted some war chant/mating call. She danced on stripper poles and pretended to get naked. She hugged her mom and then screamed "BOOBS." Young Kylie was terrifying.

Rob's Life Was the Saddest

Poor Rob. He's always had a tough time in the spotlight, getting shamed for his weight and fighting on social media. If you're wondering where all the negativity began, look no further than KUWTK, seasons 1-4: he went to college, but probably had few friends because he was always hanging at home. He couldn't go on a date without his sisters (and his mom) tagging along. His girlfriend broke up with him and wouldn't return his dozens of angsty, awkward phone messages. It's so sad! And that's not even mentioning the time he took Viagra meant for his step-dad and everyone was all "oh, it's okay, just go to the hospital, no biggie."

Kris Has The Best Tattoo In The World

Not because it's a tramp stamp with Kylie and Kendall's names, although that's certainly amazing. Because when deciding who she was going to put on the tattoo, she said "well, I'm mad at Kim and Kourtney and Khloe, so I'll just do Kendall and Kylie." Kris forgot Rob existed. Rob's mother forgot he existed. Once again, I repeat: poor, poor Rob.

Kim Was in Disaster Movie

And she was very excited about making her feature film debut alongside Carmen Electra and Vanessa Minnillo. That is all.

Khloe got arrested for a DUI one night when the show wasn't being filmed. The only reasonable thing to do? Re-enact it for the cameras, of course, complete with a fake police officer and a "drunk" Khloe. This family is insane.

They Used to Take the Most Ridiculous Jobs

Back in 2007, the main reason the family was famous was not A-list marriages and bestselling fashion lines. It was Kim's just-released sex tape, and in order to stay in the spotlight, the sisters had to take jobs they never would take in 2015: posing for Girls Gone Wild. Doing cupcake photoshoots. Hosting awful, embarrassing car shows. It was probably humiliating for them, but for us viewers? So entertaining.

No One Ever Acted Their Age

No, not Kylie and Kendall. I'm talking about all the older siblings, who couldn't make a simple decision without consulting their parents. Whether it was the outfits they wore, the cities they visited ("you CANNOT move to New York, Khloe!"), or the people they dated, neither Kim, Kourtney, Khloe or Rob were capable of making choices on their own. In one episode, Kourtney cried because Kris ditched her for a photoshoot and she didn't know how to talk to people by herself. She was 29.

Kendall Was Always the Most Career-Focused

When she was 13, the now-hugely successful Kendall, unwilling to do her chores, hired a handyman to do them instead and paid him less money than she'd have gotten if she'd done them herself, thus earning a profit. It was wrong, but it was genius.

Everything Was So Staged

It's no secret that KUWTK isn't entirely real, but you probably don't remember just how staged the show's first few seasons were. Case in point: Khloe got engaged to Lamar, but didn't tell Bruce. Everyone worked to hide it from him, despite there being wedding planners and flower arrangements around the house. Right before she was about to tell him, Bruce turned on the TV and "randomly" stumbled upon a newscaster announcing that Khloe was engaged. Plenty of "why did I have to find out from TV?" drama ensued. What a coincidence!

Scott Was Always the Best

There's no doubt about it: Scott Disick is the best member of the Kardashian/Jenner clan. All hail the Lord.