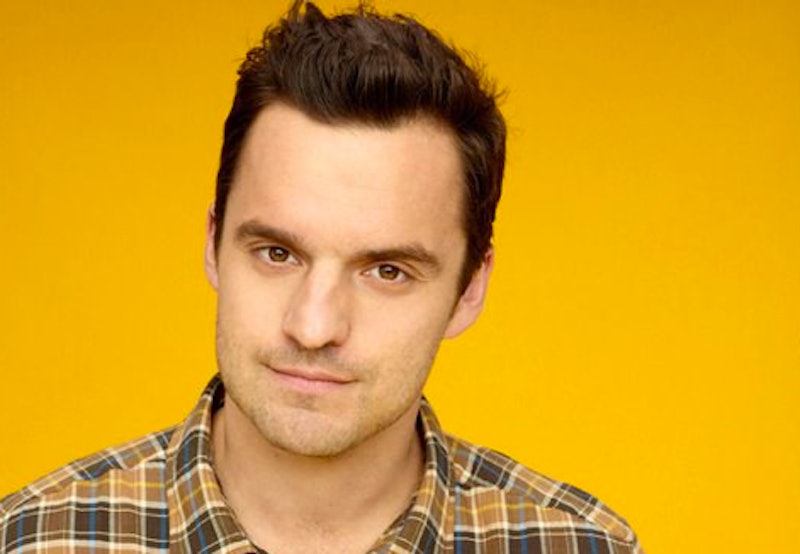 "Nick Miller, Nick Miller, from the streets of Chicago, cause players play like they do, like they did." Oh, Nick Miller. Jake Johnson and the disaster of a person he plays on New Girl are surprising break-outs from the series: He's just so grumpy, and it's just so cute. Tonight's episode of New Girl featured a lot of Nick, as all the best New Girl episodes do — Nick repressing, Nick emoting, Nick doing that turtle face thing Jake Johnson probably hates that he's famous for. We couldn't resist it. He's essentially a (barely) functional alcoholic and he might be sexually attracted to ladybugs, but we still find ourselves wishing we had a Nick Miller of our very own.

He Complains a LotHe doesn't trust fish, doors, people. You name it, he's probably suspicious of it. And he is often right.He's Not Afraid to Get MessyEmotionally, drunkenly, physically, sexually. He has the credit of a homeless ghost. He's kind of a disaster of a person, and it's kind of marvelous.He's Not at All Afraid to Have a Raging Crush on a ManNick/Russell. We ship it. One of His Best Friends Is an Elderly Asian ManTheir friendship transcends both age and language. He Straddles the Line Between Heartthrob and Disaster

How does he do it? How does he go from the brooding and goofy romantic to the guy who spends entire episodes in a bright yellow sweatsuit looking like a giant grown-up pencil? How. His Friends Love Him More Than AnythingHave you seen how Schmidt reacts whenever Nick is in danger? It is with sheer terror and utter obsession. Often he kisses him. The rest of the flatmates will rally, too, when Nick is in need — which is pretty often. He Wrote a Truly Terrible Zombie Novel"Zombie zoo, zombie zoo. Zombie zoo, zombie zoo. Who let them zombies outta that damn zombie zoo? Uh-oh, what your back Laura! - and I guess Laura is another character he introduces, but that's it. Aaaaand, here's a word search."He's Looks Like He's Really Damn Good At KissingIt's really upsetting how good it looks. Like, have we ever been properly kissed in our lives? We thought so, but apparently not.

He'll Climb Out of a Window to Avoid ConfrontationHe'll also moonwalk away from you and maybe do a silly dance. Probably not the most convenient if you're in a relationship with/want to talk to Nick, but endearing nonetheless.He's Terrified of Emotional ConnectionBut, as Tuesday's episode confirmed, he'll try for the people who he loves.