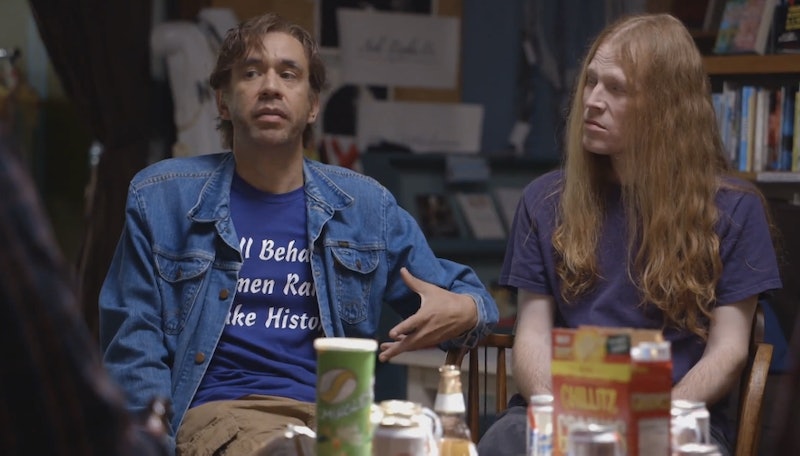 So, this is great. Portlandia, in the weird and wonderful way that only Portlandia can, has done a sketch about an all-male feminist meeting, and has made it touchingly adorable while also highlighting exactly how ludicrous mansplaining feminism is. The sketch starts with Fred Armisen talking about how much of a great feminist he is. He says, "I've never hired a Geisha. I've been saying to ladies on the street, "Are you a doctor?" Portlandia deftly points out how male feminism has its heart in the right place, but also how sometimes men approaching feminism miss the point a little: Feminism isn't about pandering to or swaddling women's egos—it's about equality. I guess being a man gives you the luxury of ego being the predominant concern you have; unfortunately, some of us are still concerned with basics like equal treatment.

Anyway, the sketch is glorious. You will simultaneously love these well-meaning male feminists while clucking your tongue at their male-centric approach to female empowerment. Especially when the guys start talking about how they need to get more credit for being such good feminists: "We have to be showy about it. We have to brag about being male feminists." They end on the resounding note of, "Our job is to solve feminism." Thanks fellas. Watch below, because it's pretty great:

Here are some of our actual favorite male feminists, that the Portlandian dudes should invite to their meeting next time for some extra insight: