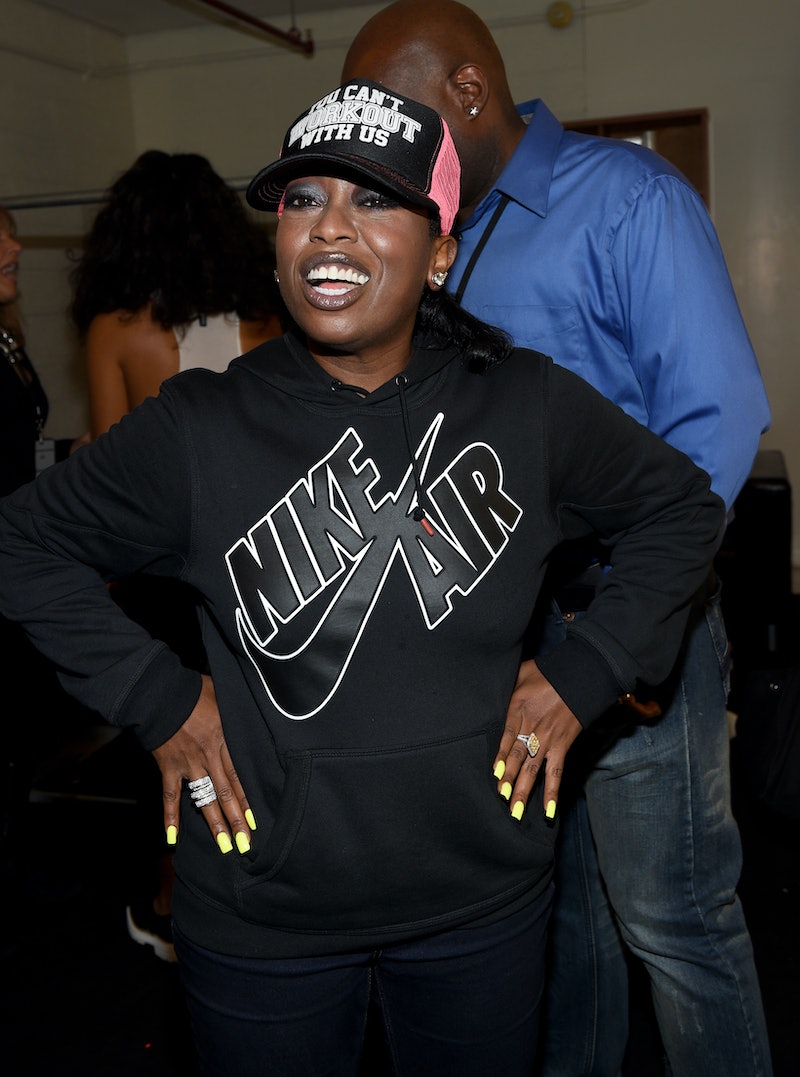 Don't worry, world. Your prayers have been answered: New Missy Elliott music is here. On Wednesday, Jack Ü premiered the Missy Elliott remix of their new song "Take Ü There," and I feel confident that it's going to help fill that sad, Missy-shaped hole in your heart. And not a moment too soon! Missy's been away for a while, and ever since her wildly entertaining appearance during Katy Perry's 2015 Super Bowl halftime show, interest in her career has been at an all-time high. People are seriously thirsty for new music from the "Lose Control" hit-maker — and who can blame them? She's one of the best rappers in the game. She brings an irresistible energy to everything she touches. I can't wait for her proper comeback to the popular music scene — something tells me it's going to be epic.

Jack Ü is a musical duo made up of DJs Diplo and Skrillex. Up-and-coming Canadian artist Kiesza sings the catchy hook on "Take Ü There," but we still get a healthy dose of Missy's distinctive flow throughout. In fact, if you ask me, the legendary 43-year-old MC is the indisputable MVP of the frantic, dubstep-infused tune (which should come as a surprise to exactly no one). Check out "Take Ü There" below.

Last week, Missy teased on Twitter that she was working on new music with her pal and frequent collaborator Timbaland, but she didn't give us any clues as to when we might actually get to hear it.

Hopefully, she'll be able to release something of her own relatively soon — even if it's just a "buzz track." She needs to capitalize on her recent halftime show exposure. It would be a real shame for her to squander the massive hype she has going on right now, that's for sure. But then again, good music takes time. I'll try my best to be patient.

Missy's "Take Ü There" remix is available on iTunes now.