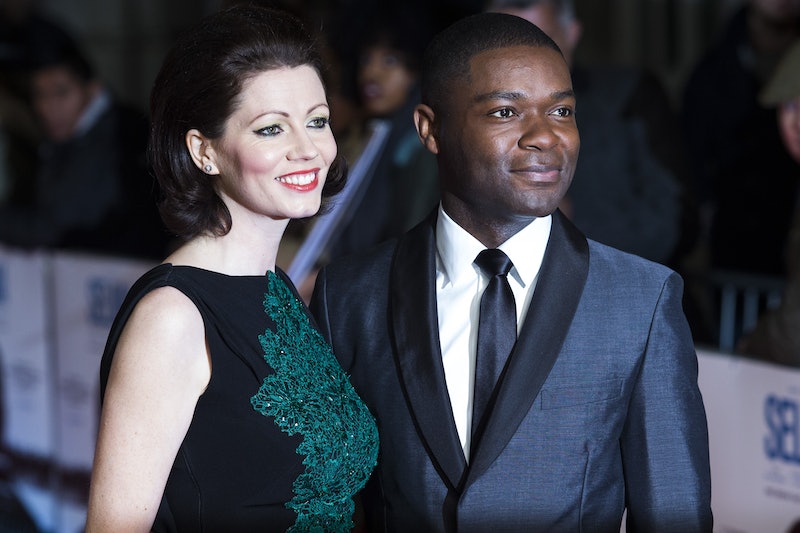 We're only two months into 2015, but David Oyelowo is having a pretty fantastic year. Not only did he give a ridiculously impressive performance as Martin Luther King, Jr. in Selma, but his efforts have awarded him all kinds of nominations. Even though Oyelowo isn't up for Best Actor at this Sunday's Oscars (although he totally should have been), Selma is nominated for Best Picture, which could mean huge things for Oyelowo and his career. And if you're wondering who the woman is on his arm on the red carpet, you should probably know she's pretty impressive, too. David Oyelowo's wife, Jessica Oyelowo, has an acting career all her own.

Although she hasn't been in the news as much as her husband has recently, you're likely already familiar with her and her work, even if you don't know it. Not only has she been married to David since 1998 and is mom to their two children, Caleb and Asher — who are known to hang out with the Jolie-Pitt kids, by the way — but she's also a successful actress and composer who's made appearances in a lot of big time movies and TV shows you've probably seen before.

In 2009, Jessica played Sarah in the creepy flick. Since beginning her acting career in 1999, she's also been in movies like Disney's live action Alice in Wonderland, starred in several TV movies, and appeared in guest spots on shows like People Like Us, Off The Map, and, most recently, Children's Hospital.

She composed music for Big Guy

In case you haven't heard of it, Big Guy is a short film that was directed by David and starred Josh Gad and Kate Mara. Basically, Jessica's worked with Olaf, and I am incredibly jealous. Plus, I love that the husband and wife team have worked together on a project in the past. Maybe another one is in their future?

She has a solid set of pipes

You have to see this video of Jessica competing in a talent show called Hollywood Idol in 2010. She sings Reeve Carney's "I Think of You," and she sounds amazing.

She always looks flawless on the red carpet

Like, can we talk about this? I know her husband has been known to sport some pretty cool outfits in the past, but in reality, I can't wait to see what she decides to wear at the Oscars.