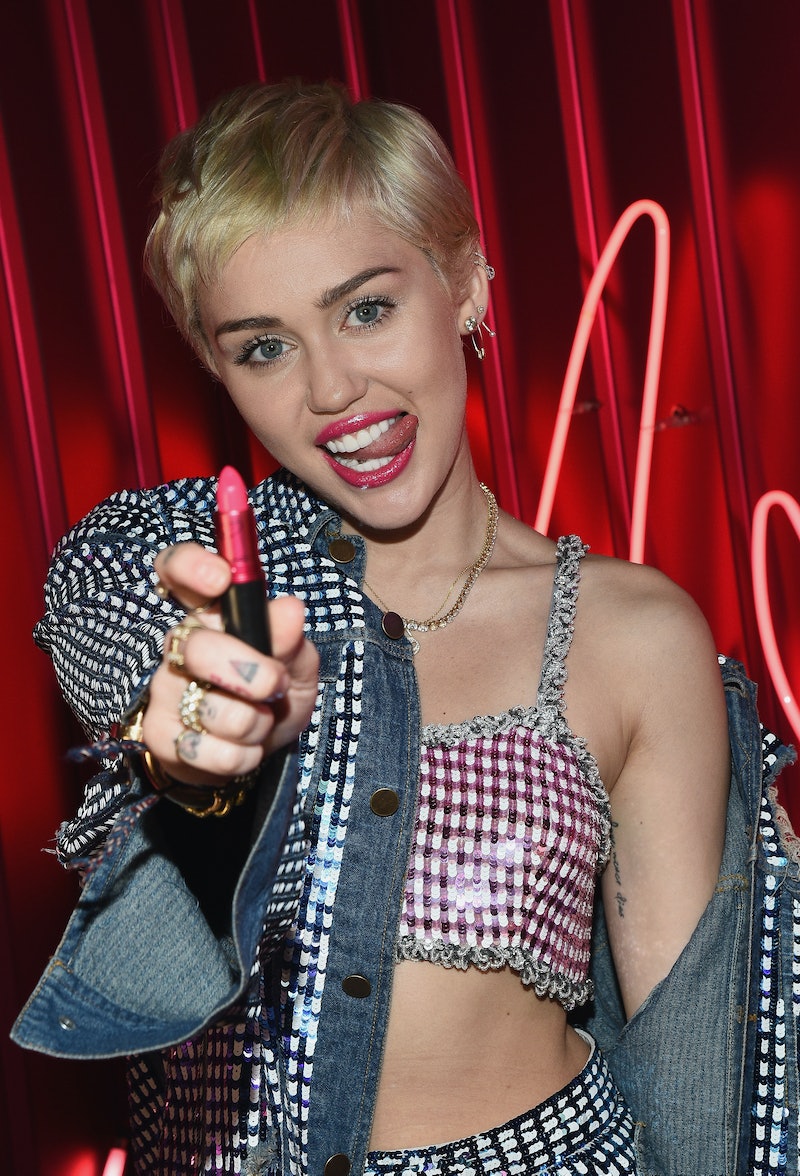 The words "Miley Cyrus, feminist" have always elicited some controversy. Although the singer has been outspoken about her love for the movement, many of her choices — sexualized performances, super-revealing clothing — have made many question whether her behavior was supporting women or supporting the male gaze. Yet a new interview with Australia's The Daily Telegraph, in which Cyrus calls feminism "the greatest thing ever," should put the argument for rest once and for all.

“There’s a lot of talk about feminism," she said. "People want to take that word and make it a bad thing, but it’s the greatest thing ever! Of course you’re a feminist, you know?”

Earlier in the interview, she spoke of her views in more detail.

"I think it’s cool to be a woman and be, like, super in charge," she said. “The world is in the prime of its feminine energy... I think there’s been a real twist [and] women are starting to feel that. We were talking about women’s rights last night and [someone said], ‘Women are more suppressed right now than ever before.’ Well, I don’t think so – I think we’re more free than we’ve ever been. “I’m seeing it everywhere; young women are totally ready to come out of their shells, to take on the world."

It's great to hear Cyrus speaking so openly about her feminist views, especially considering how much flack she's gotten for her "non-female friendly" look and performances over the years. Whether it was dancing with Robin Thicke to "Blurred Lines" or calling women "bitches" in interviews, Cyrus has faced criticism for not embodying her supposed support of feminism, a claim she's often denied; feminism, she's said, is simply about letting both men and women do what they want, an ideal she's certainly demonstrated over the years.

Unfortunately, not all of Cyrus' women-related comments in the interview are as refreshing as those above; earlier in the piece, she voices her support for her fellow women ("I f---ing love them"), but follows it up by belittling men.

"We have a sensitivity and passion you can’t find in other people," Cyrus said. "There are some good vibrations that come off women that men can’t – oh, I’m going to get in trouble here, right? I always do – but maybe it is [simply that] women are born complicated."

She continued, "[You see it] even with little boys and little girls, we have so many thoughts and… we put so much pressure on. Even my mom, she’s taken on every problem I’ve ever had — if I am sick, she gets physically sick. I feel she takes it on because women just feel, like, 50 per cent, maybe more [emotion than men]... I know that’s a hard thing to say — I mean, the per cent thing — but I think we’re just naturally born with that instinct.”

While it's clear Cyrus means well, her comments are undeniably harmful; to say that men aren't capable of having as much emotion or complexity as women is sexist, and goes against the "equality for all" principle that is the very basis of feminism. Being a feminist does not mean hating men or believing women are "better" — it simply means that all people deserve equal treatment, something that Cyrus herself has said is crucial to her understanding and support of the term.

Hopefully, Cyrus will learn in time that her current attitude towards equality isn't as helpful to the feminist community as she might think; while it's certainly great that she's so supportive of her fellow women, there's no need to be disparaging towards men at the same time. Hearing a woman with her power and reach call herself a feminist is always a reason for celebration, but to tear down men in the process is detrimental to both the movement and Cyrus herself.

More like this
The 'Hocus Pocus' Sequel Finally Has A Release Date & It Makes Total Sense
By Shannon Barbour and Radhika Menon
'Black Mirror' Season 6 Is Reportedly In The Works, Here’s What To Expect
By Maxine Harrison
Everything To Know About ‘The Handmaid’s Tale’ Season 5
By Amanda Whiting
‘Euphoria’ Star Dominic Fike’s Amber Heard Comments Got Him Booed During A Show
By Brad Witter
Get Even More From Bustle — Sign Up For The Newsletter