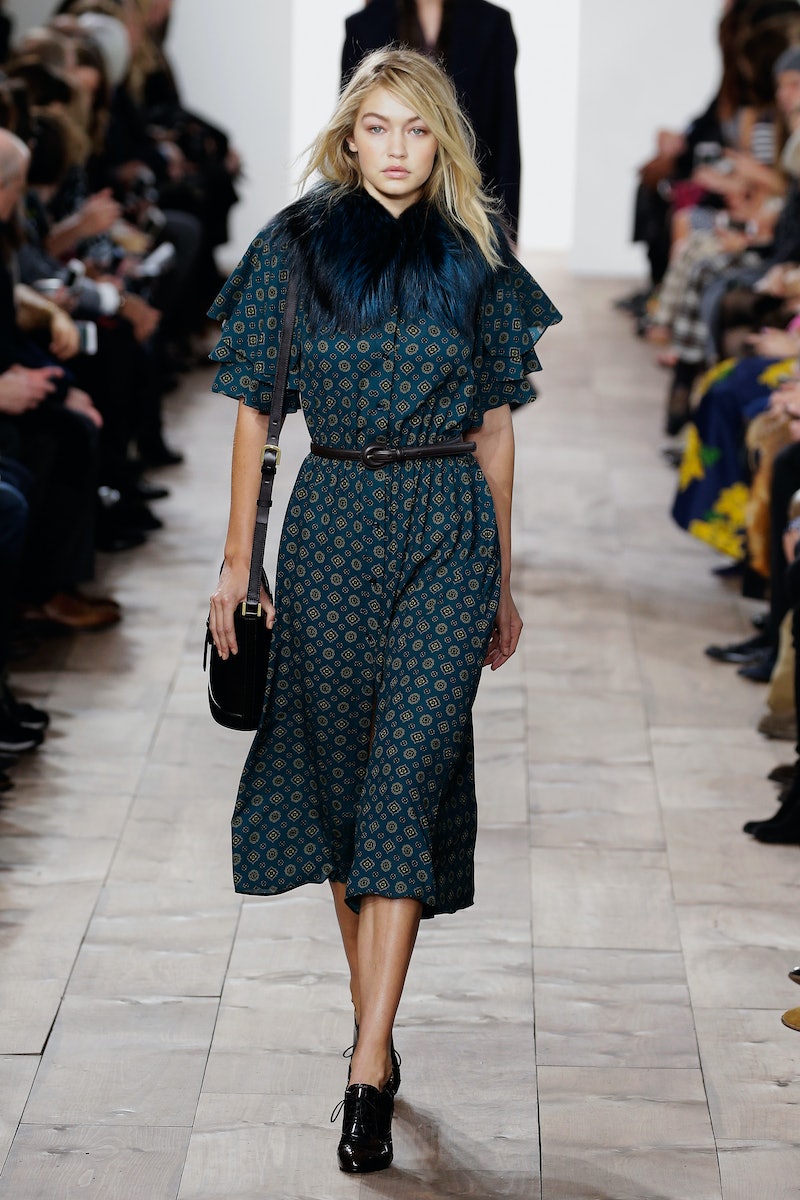 Most people will say that Kendall Jenner is the model of the moment, but her BFF (and fellow reality star) Gigi Hadid, is coming in as a close second. Not only was she recently named the new face of Maybelline, she also snagged a highly coveted spot in the Sports Illustrated swimsuit issue, a solo cover in Vogue, and was named model of the year by The Daily Front Row. Wow — quite the list of accolades in such a short amount of time, don't you think? To top it all of Gigi Hadid is having a KILLER New York Fashion Week, walking for top tier designers such as Michael Kors, Tommy Hilfiger, and Jeremy Scott, just to name a few.

The blonde haired, blue-eyed beauty quickly skyrocketed to fame at just 19 years old. The fact that she has been initiated into the ultimate "It-girl" clique consisting of Kendall Jenner, Karlie Kloss, and Cara Delevingne, doesn't hurt either. She has definitely proven how incredibly talented she is this season, transforming into astonishingly versatile looks each time she hit the runway.

Let's take a look at all of her incredible looks from the Fall 2015 NYFW, ranked in order of my personal favorites.

I couldn't be more obsessed with these two looks. The warm brown and ivory color palettes play up her eyes and golden blonde hair in the most stunning way.

Here she looks like a super-chic English lad walking about the streets of London. The makeup is flawless and that teal fur collar is to die for.

She goes from girly goddess at Anna Sui to a fantasy cartoon character at Jeremy Scott. Pretty freaking impressive.

GIGI is the ultimate American "girl next door", and seemingly a Football fan. Love this classic look.

More like this
30 Of Kendall Jenner’s Best Runway Looks To Date
By Dominique Norman
The Best Beauty Looks Spotted At Paris Couture Week 2023
By Audrey Noble
Gigi Hadid Gave Up One Surprising Thing After Having A Baby With Zayn Malik
By Alyssa Lapid
Looking Back At Kylie Jenner's Best Fashion Week Looks
By Allie Fasanella
Get Even More From Bustle — Sign Up For The Newsletter
From hair trends to relationship advice, our daily newsletter has everything you need to sound like a person who’s on TikTok, even if you aren’t.