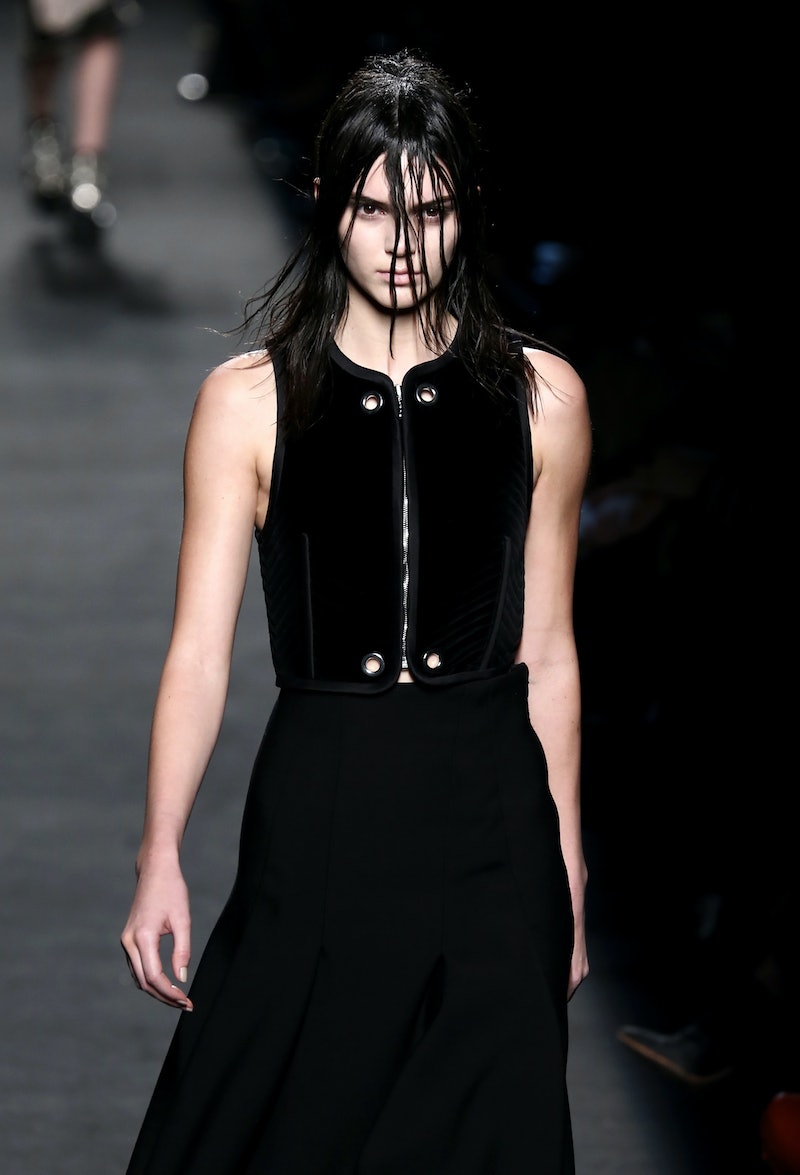 OK, I guess we all saw this coming: Kendall Jenner is taking over New York Fashion Week. She ruled the roost at the last NYFW back in September (heck, she even got the flak from her fellow models to prove it!) — so it would follow that she'd have a repeat NYFW takeover this year. After all, along with fellow NYFW-crusher/former reality star Gigi Hadid, she's one of the biggest rookies to watch (Hadid was recently named model of the year, and both made the coveted Models.com Top 50 list) — and there's the little fact that she totally killed it at all the shows she walked in last year (Tommy Hilfiger, Marc Jacobs, Donna Karan and Diane von Furstenburg). We're about halfway through NYFW now, and so far, it's looking really good for Kendall.

She kicked things off to a great start by leading the fashion pack at the model-studded amfAR Gala (she wore a thigh-high slitted, fire engine red asymmetrical Romona Kevesa gown) — and things have only gone up hill (if possible) from there, what with all of the fabulous nights on the town and even more fabulous runway-stomps. Let's take a look at what a flat-out awesome New York Fashion Week Ms. Kendall Jenner is having!

She killed it at the amfAR Gala

She kicked it with the NYPD

Apparently, she met them at a book signing...

She ghouled her way down the catwalk at Alexander Wang

A real honor for a fresh face like Kendall (and how gorgeous is that dress?). Can't wait to see what she has in store for the rest of the week!