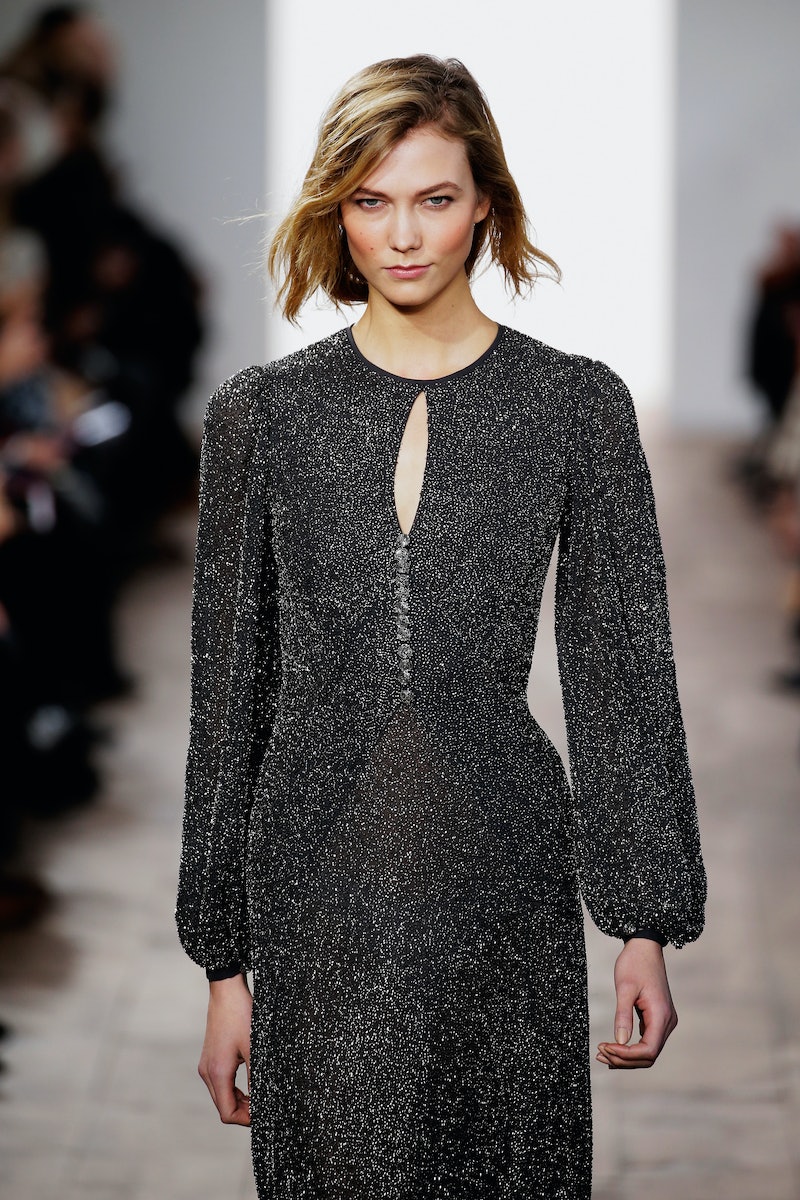 At this point in her career, Karlie Kloss is a well-known veteran at New York Fashion Week. Even though she is only 22 years old, she has been walking in runway shows since she was 15! Impressive, isn't it? While most of the spotlight may be shining on fashion's up-and-comers Kendall Jenner and Gigi Hadid, Kloss has already firmly made a name of herself. The Victoria's Secret Angel is having a fantastic year, posing alongside BFF Taylor Swift on the cover of Vogue , starring in the latest L'Oreal Paris campaign, and fronting a handful of other major campaigns. It's no wonder that Karlie Kloss is slaying New York Fashion Week, walking in a ton of shows for some of the industry's most respected designers.

I am not surprised that she was chosen for so many shows this NYFW season. Her super lean, six foot one frame makes just about anything look good. Perhaps that's why so many designers elected her to strut her stuff in their wares on the runway. Everything the supermodel wore was incredible, on stage and on the sidelines (in the front row, of course). Let's review all of Karlie's best looks from this NYFW season.

1. She Looked Like Such A Lady At Carolina Herrera

2. She looked Sooo Tall And Beautiful At Michael Kors

3. She Killed It At Jason Wu In Maximal Layers

5. Her Street Style Is Pretty Sweet Too

Keep on killin' it, Kloss!